A werewolf, bigfoot, A slimy three-legged monster. For some, the mere mention of these creatures garners a chuckle, for others they create a sense of fear and fascination. But the idea that there may be many beasts out there yet to be discovered is something that should interest us all. These are the 5 most credible creature encounters.

5. The Story of Zana

Known as the wild woman, Zana was found and captured by local hunters as they explored the dense forests of the Ochamchir region of Georgia in Russia.

The year was 1850 and The hunters were scavenging the forests for whatever they could find when they saw something that looked like half ape and half woman. Much of her body, including her torso, legs, arms and fingers were massive and covered in thick auburn hair. Despite being ferocious and violent, the hunters captured her and took her back to the nearby village of T’khina where she was given to a nobleman, Edgi Genaba. She was given the name Zana. At first, she was so violent she had to be placed in a cage where she dug herself a hole in the ground to sleep.

Considered one of the most bizarre creatures ever to be reported, The Enfield Horror is not your run of the mill creature.

The horror started in 1973, in the small town of Enfield, Illinois. Around 9 PM on April 25, a young boy named Greg Garrett was in his backyard playing when suddenly he started screaming and running towards his parents in the living room. He told them a monster had stomped on his feet, tearing open his shoes with its claws.

Police were called but they could find any signs of any creature. Then about a half an hour later, Henry McDaniel, Garrett’s neighbor, found his children in a panic because they were hearing loud scratching noises on the front door.

Werewolves are one of the most famous cryptid creatures out there and One reported case of the man-beast happened in Converse, Texas. The story of the huge werewolf-creature first began during the 1800s but the most recent and commonly retold one happened in the 1960s.

A rancher lived on a piece of land with his son and while the father was a rugged man who preferred the pioneer’s way of living, his son was more bookish and timid. In a bid to “make a man” out of him, he forced him to go out into the woods alone to hunt and kill his first deer. While reluctant, the couldn’t say no and set off.

Dubbed as The Southern Sasquatch, the Fouke Monster is a mythical beast often sighted around the town of Fouke in Miller County, Arkansas.

It’s Described as a large hominid-like creature that’s covered in long, black hair. It stands 7 feet tall and weighs somewhere between 200-300 pounds. according to witnesses ,It’s is said to bear a chest width of 3 feet or more.

When it moves it almost looks as if it’s galloping and it’s arms swing back and forth just like a monkey. It has bright red eyes and smelles terrible, like a skunk or wet dog. Even more, footprints measuring 17 inches and having only three toes are attributed to the monster. Claw marks and various other tracks have also been discovered in the area that it roams.

Since the 1970s, the Fouke Monster has been sighted in several swampy areas in the county, but there was one particular incident that defined its existence.

Reports of Bigfoot have been around for a long time, some believe it all to be a hoax and others say there’s no doubt they exist.

The following is a 911 call capturing a terrified resident on the Kitsap, Peninsula in Washington State. The call was recorded in 1990 when a man describes seeing a large creature on his yard and the authenticity in his voice is hard to deny. Have a listen and decide for yourself. Listening to the call makes you wonder what it was he saw. When the police did arrive, they could find no sign of anything being there. You can also tell that the man is hesitant to call it a “Bigfoot” and instead describes it as “a thing” or possibly “a big man dressed in black.”

so those were the 5 Most Credible Creature Encounters

We like to dismiss anything that’s out of the ordinary as a hoax. But these encounters lend credence that it’s highly possible there’s creatures in this world that we may not know anything about. 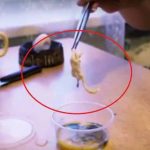 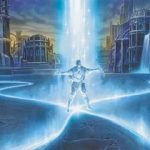