Edgar Cayce, also known as the Sleeping Prophet, correctly predicted the stock market crash and Great Depression of 1929, the beginning of World War II, and many Earth Changes of modern times. This video gives a list of the most startling and memorable Edgar Cayce predictions.

1. The greater portion of Europe will be changed in the twinkling of an eye.
2. There will be a shifting of the poles.
3. There will come a time when the sun will be darkened.
4. The city of Atlantis will be found near Bimini.
5. The records of Atlantis will be open to those that are the spiritual initiates
6. A new field of science will be developed based on a psychic/spiritual phenomenon.
7. A “City of Gold” will be discovered in the Gobi Desert.
8. New York State’s east coast and New York City itself will disappear.
9. America’s west coast will be destroyed.
10. Cayce envisioned that a time would come when all individuals would realize their responsibility toward one another; this will be a realization that will change the mass-thought of humanity.

For more additional info, videos and picture on these predictions, please check out this link:

Edgar Cayce: The Earth is catching up with Time 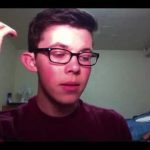 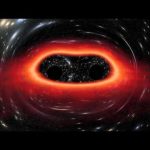