We at ApexTV were recently sent an email containing this audio file. It tells the story of a man claiming to be from the year 4932. He talks about a future president of the U.S. and gives amazing details about the future.

Subscribe to ApexTV for more paranormal videos like this! We at ApexTV try our hardest to bring the latest incredible paranormal clips from around the world to audiences worldwide. (Subscribe link below!)

Time Traveler From The Year 2032

5 People Claiming to Be Time Travelers

Time Traveler Who Traveled to The Year 2100 Tells All

Time Traveler Meets Himself in The Future

Time Traveler Who Has Been to The Year 2118 Speaks Out

Time Traveler From The Year 2055 Tells His Story

Time Traveler Who Went to 2987 Tells All

The following is the transcribed audio we were sent:

Hello, Apex TV. I reside in the year 4932. My name is irrelevant related to my motive for this communication. I am sending you this recording on my own regard. This message was proposed myself to my authorities but it was only deemed to be unsafe. I do not believe it to be unsafe. I believe it to be necessary. I live in a time and a world that many of you would likely not relate to as ideal. I certainly do not. Time journey has destroyed our will for ambition. Bit by bit, future years are dwindling. When attempting to journey to a future year in which we have previously journeyed upon, our error notes return the period classification as unavailable. Humanity no longer pursues progression. I tremendously fear that humanity has no future. We can reverse this. This is the purpose of my communication. Document this name and all of the details I provide.
Jaynou Oliver Beck. First name, J-A-Y-N-O-U. Middle name, O-L-I-V-E-R. Last name, B-E-C-K. Born on September 12, 2018. Elected as the 56th president of the United States on November 3, 2082. Eliminated on July 11, 2084 at 65 years of age. This recording is being produced before his birth to validate its authenticity. President Beck was also a famous philosopher in his time. He was rationally the most influential human being to ever have lived. He proved the existence of God to the masses through a single philosophical idea.
His philosophy, perhaps disclosed by myself to the world too early, is if all we as natural beings have observed is the life and death of beings, why are we ever to construct the ideology of a continuation that exceeds death. We wouldn’t be inherently driven to believe in an afterlife or a creator if there was not one. This one message changed the world for centuries. Then it was forgotten. It cannot be forgotten. He cannot be eliminated. He must never be elected the President of the United States of America. I can only hope that this message is revealed during President Beck’s election campaign. I can only hope that the American people will heed my plea. If we preserve his mind, we may preserve his philosophy. If we preserve his philosophy, we will preserve the future of humanity. As demonstrated by your future, progress is not inspired by the idea of survival. Progress is inspired by faith.
Right now, with this act, I’m breaking nearly every law pertaining to time journey. But I truly believe it is for the greater good. I will be acquired and apprehended for this act. This is an act led by my conscience, and doing what I believe is the right measure for humanity. It could be wrong. I could be very wrong. I do, however, strongly encourage you to publish this. This is the last act I will ever perform for humanity’s sake. This is my dying act. A nameless man with no motive for notoriety, only a motive for the preservation of human progress. This will be my nameless legacy. 16, 8, 4, 4, 8, 4, 4, 4, 8, 8, 4, 8.

The Nephilim Giants of the Bible are Real
Previous Post
In order to grow in your Hebrew walk, you must leave your comfort zone!!
Next Post 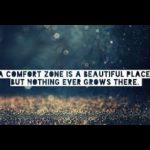