The Starchild Skull is a unique 900-year-old bone skull found in Mexico in the 1930s. Lloyd Pye was asked to head a team to research the cause of the unusual shape and properties of the skull. The results uncovered by Pye’s team ruled out all known deformities, and presented the scientific community with a genetic and physiological profile never before seen on Earth. Pye will share his latest discoveries on the ongoing research of this unusual artifact.

Lloyd Pye is an author and researcher widely known for his work with the Starchild Skull and for his best selling nonfiction book, Everything You Know Is Wrong. Pye began writing fiction with a hard-hitting novel about college football based on his college career, followed by a hi-tech Cold War spy thriller, and then he became a screenwriter in Hollywood before finding his truest passion in writing alternative nonfiction.

Find out more about the International UFO Congress here:

If you would like to purchase the DVD of this presentation you can do so here: 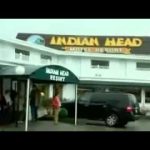 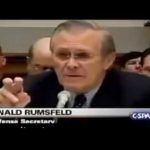