The Size of Space | JTheory

Using the speed of light, we can visualise the vast distances of space that separate us from the planets, stars and galaxies throughout our massive universe.

This is my first video, please leave a comment on how you think I can improve and thanks for watching!

Credits
A JTheory Production
‘The Size of Space’

The size and scale of the universe is one of those things that us humans have trouble visualising, we often compare familiar sizes to each other with images like these. We can use this method for planets, stars and galaxies but what about the space in between? Time or speed being used as a dimension for distance is much easier to understand then an arbitrary value with no basis in nature,unlike like the day night cycle we all experience. ‘Half a days drive’ or ‘20 minutes down the road’ are popular phrases and the human brain does not need to visualize time and speed to grasp it easily.

1 astronomical unit [AU or UA] is the AVERAGE distance from earth to the sun [149.6 million kilometers], the parsec is also measured in Astronomical units [1 parsec = 648000/πAU about 206265 AU or 3.26 light years or 31 trillion km]. The Light-year is the distance that light travels in vacuum in one Julian year (365.25 days) It is perhaps the most popular unit because the speed of light is constant and is found in nature just like the day/night cycle on earth, so we don’t need to visualise light-speed as much as Astronomical units. i will be using the light-year unit to explain distance but keep an eye out for parsec values on screen if you prefer those.

Let’s start with something familiar, A human person is said to walk, on average, 1.39 meters per second. Quick enough to get you to the bathroom from anywhere in the house in under 20 seconds for most folks. Travelling outside of your home takes longer, so we use kilometers instead 1000 meters is 1 km.. The earth is 40,075 kilometers in circumference which means it would take about 334 days to walk around it ignoring oceans, mountains and sleeping or stopping.

Light zips around the earth around 7.5 times per second[299 792 458 m / s] and spends 1.26 second travelling from the moon to your eyes[384,400 km]. It takes 8 minutes for light leaving the surface of the sun to reach us here on earth or 8 light minutes. That means if the sun exploded we would only find out 8 minutes later. Our nearest star, Alpha Centauri C, aka Proxima Centauri is about 4.3 light years [268,770 AU] away from us. Meaning it takes 4.3 years for us to find out if that star has exploded compared to the 8 minutes for our own. NASA Voyager 1 spacecraft[First spacecraft to leave the solar system] is travelling away from the Sun at a rate of 17.3 km/s. If Voyager were to travel to Proxima Centauri, at this rate, it would take over 73,000 years to arrive. 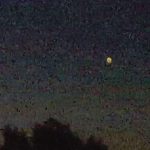 Planet Andromeda near my window. Larger is planet
Previous Post
How Average People Fall For The Flat-Earth Conspiracy
Next Post 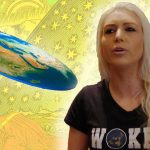