THE SECRET ARCHITECTURE OF THE FALLEN ANGELS secrets in plain sight

THIS IS WORTH WATCHING BUT YOU MIGHT HAVE TO WATCH IT MORE THAN ONCE TO UNDERSTAND ALL THE INFORMATION…………
Antarctica Secret
Published on Jun 14, 2017
SUBSCRIBE
THE SECRET ARCHITECTURE OF THE FALLEN ANGELS (secrets in plain sight)

An expose on hyper-dimensional physics, this video shows the super-human intelligence behind the illuminati and the ancient, ritual sun/moon worship encoded into the architecture of planet Earth. This video contains a staggering amount of well researched information and is a must watch for any (sirius) illuminati researcher. This video also shows the boundless wisdom of God and the unfathomable way in which he set the heavens in motion and upholds them by his will. You are created by the infinite creator of the universe and he loves you more than you will ever imagine.

John 3:16 “For God so loved the world, that he gave his only begotten Son, that whosoever believeth in him should not perish, but have everlasting life.”

Matthew 21:42 Jesus said to them, “Have you never read in the Scriptures: “‘The stone the builders rejected has become the capstone; the Lord has done this, and it is marvelous in our eyes’?

Psalm 118:22 “The stone the builders rejected has become the capstone;”

Isaiah 28:16 So this is what the Sovereign LORD says: “See, I lay a stone in Zion, a tested stone, a precious cornerstone for a sure foundation; the one who trusts will never be dismayed.

Acts 4:11 “This Jesus is the stone that was rejected by you, the builders, which has become the cornerstone.”

Job 38:4 “Where were you when I laid the earth’s foundation? Tell me, if you understand.”

1 Samuel 2:8 “He raises the poor from the dust and lifts the needy from the ash heap; he seats them with princes and has them inherit a throne of honour. “For the foundations of the earth are the LORD’s; upon them he has set the world.”
Category
People & Blogs
License
Creative Commons Attribution license (reuse allowed)
SHOW LESS 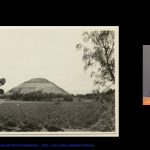 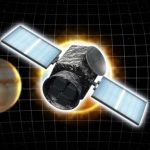