THE KNIGHTS TEMPLARS AND FREEMASONRY

In the Middle Ages, a secret society lay behind many events which shaped the course of history.
The first name of that society was ‘The Knights Templars.’
Initially founded as a Crusader order which vowed to fight for Christianity, they gradually became caught up in perverted teachings and became entirely divorced from Christianity.
The members of the order became consumed by their worldly interests and ambitions and forgot God and His religion.
Using their military strength and political connections they acquired vast fortunes.
To such an extent, in fact, that in the Middle Ages they achieved greater material power and wealth than the Church and the states of Europe.
Thanks to that great power, the Templars became capable of imposing their will on rulers and the Church authorities.
They acquired a great many privileges and immunities.
They were behind all forms of corruption and wickedness.
They performed perverted and degenerate ceremonies and rituals.
For all these reasons, they were eventually arrested, tried and banned.
Yet they still continued to organise underground. A while later, they re-emerged under a different name: the Freemasons.
In this film we shall be examining the true origin of Freemasonry, in other words the Knights Templars, which had been kept secret for hundreds of years.
To date, a great deal has been said about the Knights Templars, and a great many books written about their activities.
Who were these Templars? Where did they come from? What were their aims?
How did they turn into Freemasonry?
How did they manage to continue their activities, carried out so silently and secretly, right up to the present day?
We need to seek the answers to all these questions in the pages of history.
And that history goes back a long, long way, right back to the time of the Crusades.

THE CRUSADES
When the Muslims entered Jerusalem in 637 AD, they brought with them peace and plenty.
That peaceful environment, however, was destroyed by the invaders who entered the region at the end of the 11th century.
These were the Crusaders.
The wealth and prosperity of the East had for long attracted Christians.
Heading these was the Pope, Urban II. The Pope made an announcement at the Council of Clermont, which convened under his leadership.
He claimed that holy sites in the east had been disrespected and that Christian pilgrims had been assaulted. He called all of Europe to wage war under a single banner.
The fact is however, that these claims were a complete violation of the truth. The Christians of the Middle East were living in freedom and toleration, and were fully able to practice their beliefs.
In fact, the pretext for war was merely an excuse. Both the Pope and those who heeded his call actually had very different expectations from the war.
The historian Donald Queller describes this in these terms:
The French knights wanted more land. Italian merchants hoped to expand trade in Middle Eastern ports. . . Large numbers of poor people joined the expeditions simply to escape the hardships of their normal lives. (World Book Encyclopedia, “Crusades,” Contributor: Donald E. Queller, 1998.)
In order to increase the effect of his words, the Pope also told the lie that the sins of all those who joined in the war would be forgiven.
His words served their purpose. Caught up in a wave of fervour, his listeners emblazoned their garments with the fabric crosses distributed to them.
Within a very short space of time, that call had an extraordinary effect all over Europe.
A large army was formed.
These people, who called themselves the Crusaders, looted a great many places on their journey and finally met up in Constantinople.
The Crusaders then began moving through Anatolia. After putting the Muslims whose gold and jewels they dreamed of finding to the sword and pillaging their cities they reached Jerusalem, where the Crusaders’ savagery continued.
They slaughtered all the Muslims and Jews in the city, sparing neither women nor children.
In his book The Monks of War, the researcher Desmond Seward describes that savagery thus:
Jerusalem was stormed in July 1099. … The entire population of the Holy City was put to the sword, Jews as well as Moslems, 70,000 men, women and children perished in a holocaust, which raged for three days. In places men waded in blood up to their ankles and horsemen were splashed by it as they rode through the streets. (Desmond Seward, The Monks of War, Penguin Books, London, 1972.)
After capturing Jerusalem, the Crusaders made it their own capital, establishing a Latin Empire the borders of which stretched from Palestine to Antioch.
They needed to organise if the state they had founded were to survive.
To that end they set up military orders.
The members of these orders lived a monastic life on the one hand, and were trained to wage war against Muslims on the other.
One of these orders were the Templars. 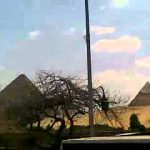 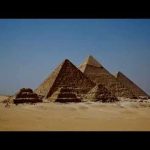