Shaw was acquitted in March, 1969, and the conspiracy movement was dealt a blow as Garrison’s trial was widely seen as a debacle, with many researchers denouncing Garrison as a fraud and megalomaniac. Further, as conspiracy theorist Robert Anson put it, because of Garrison, “bills in Congress asking for a new investigation were quietly shelved.” Nevertheless, the trial opened new avenues of investigations for the movement, particularly with previously unexplored New Orleans connections and links of others to Oswald.

The year 1973 saw the release of the film Executive Action starring Burt Lancaster, the first Hollywood depiction of events surrounding the assassination. In the film, three gunmen shoot President Kennedy in a conspiracy led by right-wing elements and military/industrial interests. That year also saw the formation of the Assassination Information Bureau. The influential group spoke to ever-growing audiences at hundreds of colleges throughout the United States, urging a reopening of the investigation, and was ultimately instrumental in the realization of that goal in 1977.

In March 1975, Good Night America broadcast, for the first time, the Zapruder film, with an audience of millions watching. Almost immediately, with the film showing a backward snap of President Kennedy’s head, indicating to many a shot from the right front and hence a conspiracy, there were new demands for a re-investigation. The findings of the Rockefeller Commission that year and the Church Committee the next year added impetus to calls for a new inquiry, which was realized by the House Select Committee on Assassinations (HSCA) from 1977 to 1979. That investigation concluded President Kennedy “was probably assassinated as a result of a conspiracy”.

While the HSCA’s conclusion was welcomed by many in the conspiracy community, the HSCA’s inability to name any players in the conspiracy they identified, and their actions in sealing much of their documentation, left many in the community frustrated.
Numerous books, television shows and articles continued to appear. Writing in 2007, Vincent Bugliosi said, “close to one thousand books” had been published on the subject of the assassination, of which “over 95 percent” were pro-conspiracy. Some notable books to 1990 were Anthony Summers’ Conspiracy (later revised and published as Not in Your Lifetime, David Lifton’s best-selling Best Evidence, both published in 1980, and Henry Hurt’s Reasonable Doubt in 1985. The Summers and Hurt books explore many of the prominent conspiracy theories, while Lifton argues that President Kennedy’s wounds were altered before the autopsy to frame Oswald. Jim Marrs published Crossfire in 1989, the same year High Treason, by Robert J. Groden and Harrison Livingstone was published. The latter book argued the autopsy photos were altered to give the appearance that wounds were caused by shots from a single gunman.
By the late 80s, interest in the subject among the general public was waning.[160] One theory for this from writer Pete Hamill was that by 1988, “an entire generation had come to maturity with no memory at all of the Kennedy years.” In 1991, Oliver Stone’s film JFK introduced the subject — and many of the attendant conspiracy theories — to a new generation of Americans. The sudden renewed interest in the assassination led to the passage by Congress of the JFK Records Act in 1992. The Act created the Assassination Records Review Board to implement the Act’s mandate to release all sealed documents related to the assassination. Thousands of documents were released between 1994 and 1998, providing new material for researchers.

To date, there is no consensus on who, among many players, may have been involved in a conspiracy to kill President Kennedy. Those often mentioned as being part of a conspiracy include Jack Ruby, organized crime as an organization or organized crime individuals, the CIA, the FBI, the Secret Service, the KGB, right-wing groups or right-wing individuals, President Lyndon Johnson, pro- or anti-Castro Cubans, the military and/or industrial groups allied with the military. 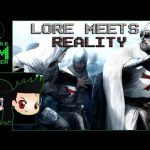 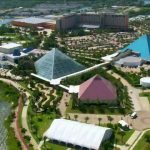