– The Jesuit Agenda Exposed! MUST SEE!

The recent election of Cardinal Jorge Bergoglio to the position of Pope Francis I, was an unprecedented event the world has never before witnessed. It is the first time in history that a member of the Jesuit order has been elected to the highest position of the Roman Catholic Church. Reactions world-wide varied from jubilation, to matter-of-fact acceptance, to disinterest. These very reactions reveal appalling ignorance of the true nature of the Jesuit order.

Widely regarded as a benevolent missionary order, known for its educational institutions, the Jesuit order, as the Society of Jesus is commonly known, has long played an incredibly influential, albeit secretive, role in the destinies of nations, organizations, and individuals. Rulers, presidents, scholars and even Catholics themselves who are aware of the evil perpetrated by this powerful, far-reaching order, have left on record grave warnings that all should heed.

Following is a compilation of quotes from a variety of sources. Some admit that their own diabolical organizations were modeled on Jesuit principles. Others give warning. A number of those who sought to warn did so at the cost of their lives. WLC would encourage all to carefully study the following material.

“A wise man will hear, and will increase learning;
and a man of understanding shall attain unto wise counsels.”
(Proverbs 1:5, KJV) 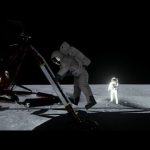 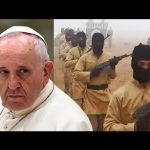 The TRUTH Of The High Jesuits! Pope Francis The False Prophet? Exposing The Darkness!

THE TRUTH ABOUT The “JESUITS” muse see 3 of 3

The JESUIT Papacy’s Diabolical N.W.O. must be resisted by Christian men professing godliness!

Jesuits Created The Secret Rapture & 7 Year Tribulation, & Both Are False Doctrines And Unbiblical