The Sumerian’s called their Gods, ‘Anunnaki’; (those who from heaven to earth came). The Anunnaki were our Gods also. They were the creators of us. They left the Earth 3600 years ago and, as each of those years passed, they slowly descended into myth.
And myth they would have remained, if they had not come back…

This is the first 18 minutes of a concept album which will musically and lyrically envision what might happen should the Anunnaki actually return to Earth. A fully mixed version, it includes an alleged vocal transmission from the Anunnaki in 2011, more sound FX/vocals/ clip tracks, and the first five minutes of the second track, (which relates to how the Anunnaki might perceive the greed, the poverty and the warlike history of the Human race. If you want to skip to the second track it starts at 13:25 with a narrated vocal track).

A work very much in progress, this is just the first 18 minutes so there is still a long way to go before the album is complete. There are also a number of sound FX, vocal and clip tracks still to be added to the first track, as well as a few changes in some drum sequences. However, musically the first track is pretty much there.

Hope you enjoy… And keep checking back, or subscribe, for future updates…

The Anunnaki:
According to the historic Sumerian Cuneiform Tablets, their Gods were known as the Anunnaki, (‘those who from heaven to earth came’). A race of highly advanced extra-terrestrial humanoid beings who came from the stars, it was they who genetically created the Adamu, (Humans), to serve them as a slave race and mine gold. Their planet, Nibiru, is said to have a 3600 year elliptical orbit around our Sun. 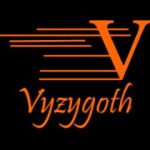 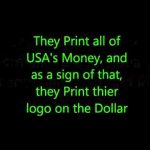