The ConPara Podcast: Knights Templar and UFO Photos Before Photoshop

Listen in on these platforms
On the Site

Floating Ghosts ? What Are they and possible explanations!

The Poor Fellow-Soldiers of Christ and of the Temple of Solomon (Latin: Pauperes commilitones Christi Templique Salomonici), commonly known as the Knights Templar, the Order of the Temple (French: Ordre du Temple or Templiers) or simply as Templars, were among the most wealthy and powerful of the Western Christian military orders and were among the most prominent actors of the Christian finance. The organisation existed for nearly two centuries during the Middle Ages.

Officially endorsed by the Roman Catholic Church around 1129, the Order became a favoured charity throughout Christendom and grew rapidly in membership and power. Templar knights, in their distinctive white mantles with a red cross, were among the most skilled fighting units of the Crusades. Non-combatant members of the Order managed a large economic infrastructure throughout Christendom, innovating financial techniques that were an early form of banking, and building fortifications across Europe and the Holy Land.

The Templars’ existence was tied closely to the Crusades; when the Holy Land was lost, support for the Order faded. Rumours about the Templars’ secret initiation ceremony created mistrust and King Philip IV of France, deeply in debt to the Order, took advantage of the situation. In 1307, many of the Order’s members in France were arrested, tortured into giving false confessions, and then burned at the stake. Under pressure from King Philip, Pope Clement V disbanded the Order in 1312. The abrupt disappearance of a major part of the European infrastructure gave rise to speculation and legends, which have kept the “Templar” name alive into the modern day.

After the First Crusade recaptured Jerusalem in 1099, many Christians made pilgrimages to various Holy Places in the Holy Land. However, though the city of Jerusalem was under relatively secure control, the rest of Outremer was not. Bandits and marauding highwaymen, targeting and preying upon pilgrims who were routinely slaughtered, sometimes by the hundreds, as they attempted to make the journey from the coastline at Jaffa into the interior of the Holy Land.

In 1120, the French knight Hugues de Payens approached King Baldwin II of Jerusalem and Warmund, Patriarch of Jerusalem and proposed creating a monastic order for the protection of these pilgrims. King Baldwin and Patriarch Warmund agreed to the request, probably at the Council of Nablus in January 1120, and the king granted the Templars a headquarters in a wing of the royal palace on the Temple Mount in the captured Al-Aqsa Mosque. The Temple Mount had a mystique because it was above what was believed to be the ruins of the Temple of Solomon. The Crusaders therefore referred to the Al Aqsa Mosque as Solomon’s Temple, and it was from this location that the new Order took the name of Poor Knights of Christ and the Temple of Solomon, or “Templar” knights. The Order, with about nine knights including Godfrey de Saint-Omer and André de Montbard, had few financial resources and relied on donations to survive. Their emblem was of two knights riding on a single horse, emphasising the Order’s poverty. 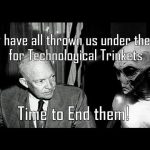 Agreement between the Reptilian's and the Elite,
Previous Post
Thank you, Knights of Columbus and blessing a Memorial for the Unborn
Next Post 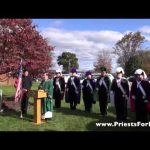