Today was the super blood moon, which involves a conjunction of a super moon a full moon at its closest approach to the earth and at thus at its brightest which is coupled with a total lunar eclipse where the Earth is in between the Sun and the Moon and thus blots out the sun, casting weak reflected light onto the moon giving it a dark red tint, furthermore todays lunar eclipse marks the end of a tetrad, the fourth in a series of lunar eclipses spanning the last 2 years.
A Super Blood Moon through time and for many millions of people today is taken sign for very bad news i.e. economic or financial collapse, wars or even as an harbinger for the apocalypse, the end of the world for many sects of several religions such as the Latter days saints and the Mormons who are in End Time full panic mode.

So will the world end now that we have had the super blood moon? 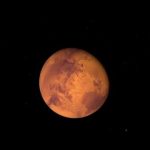 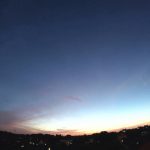