Stung by a Scorpion – with Sting Closeup!

Coyote Peterson rarely gets nervous around the animals he encounters and is quite proud that he has never been stung by a scorpion before…but today that’s all about to change! On this episode Coyote is putting himself right in the strike zone and will intentionally take a sting from the Giant Desert Hairy Scorpion; the largest scorpion in North America! Yes that’s right, stung by a scorpion on purpose!

While seemingly foolish and NEVER recommended, the intention of this demonstration will aim to make the point that not all scorpions should be vilified as lethal killers. While it is true that some scorpions are incredibly dangerous the venom from the Giant Desert Hairy is really nothing worse than a bee sting. However, that’s not to say it isn’t creepy and nail biting…hold onto your seat…this episode is intense!

*The Scorpion used in this episode was found in the wild and was released without harm or injury. DO NOT ATTEMPT TO RECREATE THIS VIDEO!

Breaking Trail leaves the map behind and follows adventurer and animal enthusiast Coyote Peterson and his crew as they encounter a variety of wildlife in the most amazing environments throughout North America!

New Episodes Every Tuesday at 9AM EST! 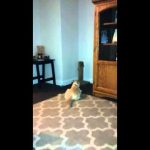 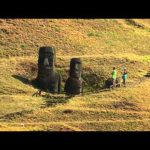