Stonehenge – Abandoned – Wiltshire – England.
Stonehenge was produced by a culture that left no written records. Many aspects of Stonehenge remain subject to debate. A number of myths surround the stones.

There is little or no direct evidence for the construction techniques used by the Stonehenge builders. Over the years, various authors have suggested that supernatural or anachronistic methods were used, usually asserting that the stones were impossible to move otherwise. However, conventional techniques, using Neolithic technology as basic as shear legs, have been demonstrably effective at moving and placing stones of a similar size. Proposed functions for the site include usage as an astronomical observatory or as a religious site.

More recently two major new theories have been proposed. Geoffrey Wainwright OBE, FSA, a professor and president of the Society of Antiquaries of London, and Timothy Darvill, OBE of Bournemouth University have suggested that Stonehenge was a place of healing—the primeval equivalent of Lourdes. They argue that this accounts for the high number of burials in the area and for the evidence of trauma deformity in some of the graves. However they do concede that the site was probably multifunctional and used for ancestor worship as well, Isotope analysis indicates that some of the buried individuals were from other regions. A teenage boy buried approximately 1550 BC was raised near the Mediterranean Sea; a metal worker from 2300 BC dubbed the “Amesbury Archer” grew up near the alpine foothills of Germany; and the “Boscombe Bowmen” probably arrived from Wales or Brittany, France. On the other hand, Mike Parker Pearson of Sheffield University has suggested that Stonehenge was part of a ritual landscape and was joined to Durrington Walls by their corresponding avenues and the River Avon. He suggests that the area around Durrington Walls Henge was a place of the living, whilst Stonehenge was a domain of the dead. A journey along the Avon to reach Stonehenge was part of a ritual passage from life to death, to celebrate past ancestors and the recently deceased. Both explanations were first mooted in the twelfth century by Geoffrey of Monmouth, who extolled the curative properties of the stones and was also the first to advance the idea that Stonehenge was constructed as a funerary monument. Whatever religious, mystical or spiritual elements were central to Stonehenge, its design includes a celestial observatory function, which might have allowed prediction of eclipse, solstice, equinox and other celestial events important to a contemporary religion.

There are other hypotheses and theories. According to a team of British researchers led by Mike Parker Pearson of the University of Sheffield, Stonehenge may have been built as a symbol of “peace and unity”, indicated in part by the fact that at the time of its construction, Britain’s Neolithic people were experiencing a period of cultural unification.

Another idea has to do with a quality of the stones themselves: Researchers from the Royal College of Art in London have discovered that some of the monument’s stones possess “unusual acoustic properties” —when they are struck they respond with a “loud clanging noise”. According to Paul Devereux, editor of the journal Time and Mind: The Journal of Archaeology, Consciousness and Culture, this idea could explain why certain bluestones were hauled nearly 200 miles — a major technical accomplishment at the time. In certain ancient cultures rocks that ring out, known as lithophones, were believed to contain mystic or healing powers, and Stonehenge has a history of association with rituals. The presence of these “ringing rocks” seems to support the hypothesis that Stonehenge was a “place for healing”, as has been pointed out by Bournemouth University archaeologist Timothy Darvill, who consulted with the researchers. Some of the stones of Stonehenge were brought from near a town in Wales called Maenclochog, a name which means “ringing rock”

All images are either in the Public Domain or on Google images labeled for reuse. 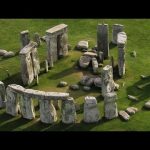 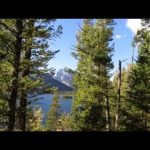