Lloyd Pye – Starchild Skull – The New Evidence – Lloyd, who has worked as a Hollywood Screen Writer, author and lecturer, is a long time researcher into Hominids and Hominoids, will be discussing the world-famous Starchild Skull, a real bone skull found in Mexico in 1930. Lloyd illustrates 25 major physical differences between the Starchild and a normal human skull. He shows that several parts of the Starchild are not seen in any other skulls or bones on planet Earth! Most importantly, he delves into recent research on the Starchild’s DNA, which clearly shows that as soon as its entire genome is recovered and sequenced, its genetics will confirm it is vastly more distant from humans than are chimps or gorillas. The Starchild Skull represents history about to be made as big and as important as history can be made, so don’t miss this personal introduction to a relic that will establish once and for all that we humans are not alone in the universe….and never have been! See for more information about the Starchild and for more information about Lloyd. 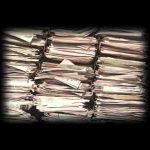 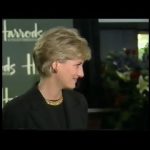