By – Welcome to Gnostic Warrior Radio broadcasting from GnosticWarrior.com in San Diego, California to around the world. Today we have the pleasure of interviewing Lloyd Pye who is best known for his alternative knowledge that is rooted in mainstream science and promotion of the alien skull known to the world today as the Starchild Skull.

In this interview Lloyd tells the world that the Starchild Skull is 100% alien and he also eloquently explains his Intervention Theory, human origins and that the earth may have been terraformed. His fields of expertise include the origins of human life, of alien reality, of hominoid (bigfoot, yeti, etc.) reality. Lloyd is the author of “Everything You Know Is Wrong (EYKIW)” where he goes into human origins, spanning everything from the oldest known recorded histories of the world to modern genetic discoveries. In it, Lloyd Pye postulates his alternative view of human evolution, now called “Intervention Theory,” and he is also the author of the “Starchild Skull Essentials is an eBook” that boils down to an easily digestible packet the most important facts about the Starchild Skull. 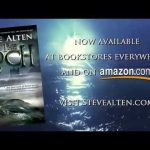 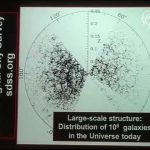