They are secretly stalking America’s streets and highways, hiding in plain sight and compelled by one simple motive: the thrill of taking another person’s life. Since the 1970s, the United States has produced an estimated 1,400 serial killers–more than double the combined total of the rest of the world. What causes a seemingly normal human being to engage in serial acts of murder? This episode uncovers the psychological, biological and sociological make-up of these dangerous murderers. Why do they kill? How can they be identified and stopped before they strike? Former FBI profiler Clint Van Zandt, criminal psychologists Eric Hickey and Helen Morrison, journalists, scientists and law enforcement experts reveal the secret motives of serial killers like “BTK Killer” Dennis Rader and Jeffrey Dahmer–and explain why Ted Bundy, Donald Harvey “The Angel of Death” an the “Grim Sleeper” Lonnie Franklin Jr. were able to evade capture for years while they amassed a shocking number of victims. 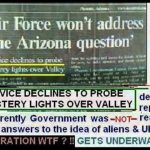 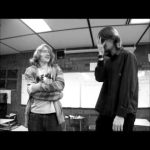