September 2015 – Something Wicked This Way Comes

September 2015 is almost upon us, for months, there has been much speculation about what might happen? The list of events that are actually scheduled, and the list of events that might potentially happen are growing almost exponentially as September draws closer. Some of these events, we know will actually happen, and some of them might happen, and it’s possible, even likely, that there are other events not listed that will happen. September 2015 has the potential to be a pivotal time in history that could affect the entire world and set in motion a domino effect of actions that could forever change life as we know it.

Those of us that study Bible Prophecy can look at all the events happening in the world right now, and see all the predicted End Time signs happening, just as Jesus predicted. God always gives us signs and warnings before He is about to do something. For 120 years, God used Noah to warn the people that the flood was coming. The ark, nearly have the size of the Titanic, stood in Noah’s driveway for 120 years, as a sign, that the flood was coming. Only eight people listened and were saved. God has been warning us for nearly 2,000 years that He would return, and has given us nearly one hundred predicted signs that would happen before His return. Many of these signs have been happening since creation, but Jesus said, when you see all these signs happening at the same time, know that my return is near. 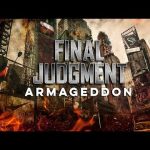 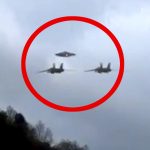