Video showing a weird operate in latest iOS versions. Try it yourself.
youtu.be/m7aBtjWYWn8

Update: On April 5, 2016, Apple showed the world that the Siri permissions (access levels to your iDevice) can be changed remotely at any time, server-side:
Via @washingtonpost: “An Apple spokeswoman confirmed that the bug was fixed Tuesday morning. Most consumers should have a fix in place — without the need for a software update.”
wpo.st / 7sQS1

If this theory were true, would be significantly reduced the quantity of iPhones that are inaccessible to the FBI.

Are you happy knowing that your private data (tasks, dating, medical appointments…) may be compromised if you are using Siri on the lockscreen?
Siri shows all reminders and events in calendar, and allows add, modify and delete, without asking for passcode.
video=tNcOBUcCMmE

I think would be great a handful of switchers on Settings – (Touch ID &) Passcode – Siri ; We could choose what Siri does and what not when our iDevice is passcode locked, gaining privacy without giving up the power of Siri on the lockscreen.

Over time, Apple has quietly prevented several Siri “features”, such “Siri reads Notes aloud, and allows add text to any note, without the need to enter the passcode”, as shows this video:
video=JLFQbK2o5kc

Or as this other in that Siri shows recent calls and contacts:
video=g1M7exHpW6E

Even in this video in which Siri shows 25 contacts and allows call them although voicedial is deactivated:
video=jIRZh-R7G8k

Apple even has opened CVEs for some Siri security issues, like the CVE-2015-5892: “A person with physical access to an iOS device may be able to use Siri to read notifications of content that is set not to be displayed at the lock screen.” (I reported it to Apple on 2014, Dec 15 with ref. 616025596)

Apple has remotely closed several Siri “features” by server-side, so at any time can be opened and closed again, in case of, without your knowledge, and you would never know.
Even, server-side Apple can give Siri unrestricted/unlimited access to our iDevices; an “authorized” person could get full access to any iPhone in the world by asking Siri with a specific secret voice command that could be changed at any time.

What do you think?
Could Siri be used like a backdoor?

PS: If this crazy theory were true, would be significantly reduced of the quantity of iPhones that are inaccessible to the FBI.

Warning: Anyone can access sensitive info on your iPhone without even unlocking it:

How to camouflage folders without jailbreak:

Thanks for reading up here ?? 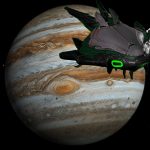 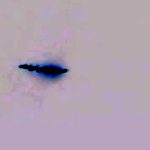