The origins of ancient Egypt, hidden knowledge inside the pyramids, and the secret truth about Atlantis are detailed by Egyptologist John Anthony West. The meaning of the all-seeing eye, hieroglyphics, and how the design of the pyramids reflects the cosmic orientation of the stars is explored–as we delve into the truth about the ancient gods of Egypt in this uncensored Buzzsaw interview, hosted by Sean Stone.

GUEST BIO:
Author, lecturer and guide, John Anthony West delivered a seismic shock to archaeology in the early 1990s when he and Boston University geologist Robert Schoch revealed that the Great Sphinx of Giza, Egypt, showed evidence of rainfall erosion. Such erosion could only mean that the Sphinx was carved during or before the rains that marked the transition of northern Africa from the last Ice Age to the present interglacial epoch, a transition that occurred in the millennia from 10,000 to 5000 BC.

EPISODE BREAKDOWN:
00:01 Welcome to Buzzsaw.
00:20 Introducing John Anthony West, Egyptologist and author.
01:30 What are the origins of Egypt?
11:25 The possibility of much more advanced cultures than mainstream scholars believe.
21:50 What do the texts mean by “Gods.”
27:15 Plato’s allegory of the lost city of Atlantis and what it means.
33:40 Discovery of the stonehenge-like structure Göbekli Tepe, and why it rewrites history.
38:45 The Gods of Egypt.
43:10 What is the reason for similarities between pyramid and cosmic orientation?
49:10 Symbolism of the all-seeing eye.
51:05 The use of Egyptian mythology in the Star Wars universe.
54:50 The language of hieroglyphics.
57:05 Thank you and goodbye. 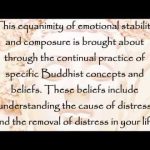 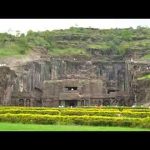 The Great Pyramids of Giza

Why Did We Stop Building Pyramids?