Comet 67P/Churyumov-Gerasimenko is one busy bundle of ice and rock. It doesn’t just sit there like a lump in space, but rather emanates jets of dust and plumes of vapor. The European Space Agency’s Rosetta spacecraft is witnessing this activity and giving us some exciting images of material streaming off the comet’s surface. A newly released image shows the rare moment when a fresh dust jet emerges.

Comet 67P is nearing the sun and warming up in the process. The result is a rise in activity coming from the comet. Two images taken on March 12 are the first to show the onset of a dust jet. Rosetta’s Osiris imaging system took the images two minutes apart. Look to the dark underside of the comet to see the jet’s emergence. 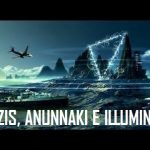 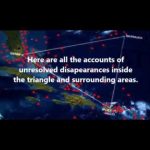 Truth behind the Bermuda Triangle disappearances

Comet Trails: An IMEX project for predicting meteor storms at spacecraft or planets

Simulation of Comet Lovejoy in LASCO