Robert Feather discusses his book Black Holes in the Dead Sea Scrolls which makes revelations that pose major challenges to conventional interpretations of Judaism, Islam, Christianity and the Bible itself.

The Dead Sea Scrolls were unearthed in 1947, and were quickly hailed as the greatest cultural discovery of the twentieth century. They can tell us a great deal about how to read and interpret the Bible as well as throwing light on the origins of the literary and philosophical traditions of the Western world. Ensuring the Scrolls are understood correctly is the urgent duty of the scholarly world, but this is not happening. Instead, there is procrastination, intrigue and secrecy surrounding their publication.

Feather seeks to clarify what they really say and how they illuminate a sound interpretation of the Bible. He levels many criticisms about the archaeological methods, the political complexities, and the obscure procedures of the scholarly community which brought the Scrolls to light. He argues that it is time for some courageous truth telling about the mystery that surrounds the Scrolls to this day.

Many more interviews at

If you find this content interesting, please consider supporting my work with a donation 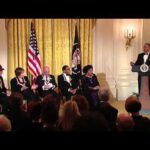 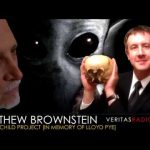