“For as long as humanity has kept records of its history and culture, accounts of a Serpent Race have existed. Myths and legends of Reptilian / Serpent Gods abound in ancient civilizations throughout the Globe. Diverse cultures and civilizations in Africa, Sumeria, Babylonia, India, China, Japan, Mexico, and Central America have feared and worshipped Serpent / Reptilian gods and have been been quite influential factor in their beliefs.

Various cultures to this day in Asia, dragons or serpents signify divine or royal heritage. While in the West, the serpent represents wisdom or knowledge. The two entwined serpents coiled around a staff represents (originally signifying the biblical tree of knowledge, known as the caduceus) is today used by the American Medical Association.

Ancient records unearth in the 1800s from Sumer (the cradle of civilization) refer to a race of extraterrestial gods called the AN.UNNAK.KI, directly translated as ‘Those who from Heaven to Earth Came’. The Sumerian tablets tells of the Anunnaki of interbreeding with ‘man’ to create a hybrid-race, a mixing of genes between the gods and man. These ancient Sumerian records reveal that the AN.UNNAK.KI are a reptilian race. Enough time spent browsing through translations of these Sumerian tablets and you will soon see a clear indication that much of the Old Testament texts of the Holy Bible have been based on these much more ancient sources. The AN.UNNAK.KI Gods of the Sumerian texts is ‘God’ in the Old Testament.

These reptilian-human hybrids are referred to as the Nefilim (which can be translated as ‘Those Who Fell From The Heavens’). The Illuminati bloodlines that rule the world today (through: Politics, Military, Banking and Finance, Religions, Global-Industries, Secret Societies) are direct descendants of these human – extraterrestial hybrids. These bloodlines have been maintained throughout, through the Royalties and Aristocracies of the past. Today, the bloodline is still maintained through the Political, Business and Banking dynasties and circles. It is through this obsession with keeping the bloodline pure through interbreeding, that POWER and CONTROL have been held by the elite or their willing puppets throughout history.”

Some Other Great Sites: 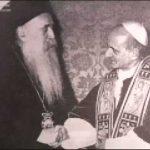 Freemasons Conspiracy Against the Catholic Church 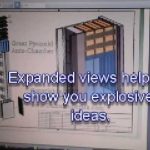 Mark Zuckerberg Is Not Human

Barack Obama Reptilian Disclosure and Other Signs of the Coming Alien Deception!

Reptilian Aliens & Demons in the Matrix