Preparing for a future with Artificial Intelligence | Robin Winsor | TEDxYYC

It’s often said that history repeats itself. Many times in the course of our history, new technologies have wiped out entire workforces. For upcoming generations, the rise of artificial intelligence represents the next great solution and the next great hurdle. Robin believes how we respond to this challenge, could be our defining moment as a species.

Robin Winsor is a technology leader and entrepreneur who has led several organizations from start-up to international success. Before joining Cybera as President and CEO in 2010, Winsor invented and developed the world’s first direct digital x-ray system, and holds multiple patents in the medical, well-logging and seismic industries. He is a past recipient of a Manning Innovation Award, the Ernst & Young Entrepreneur of the Year Award, and the Queen’s Diamond Jubilee Medal for outstanding service to Canada. He is a staunch advocate for transparency and lower cost information sharing through advancements in technology.

This talk was given at a TEDx event using the TED conference format but independently organized by a local community. Learn more at Robin Winsor is a highly influential visionary and executive in the technology field, who is known for being both a playful and provocative agent of change. Born in Scotland, Winsor grew up with a passion for both science and adventure, moving to Canada in 1982 to pursue both. Over the course of his extraordinary career, he invented the world’s first direct digital x-ray imaging device, and has led a
not-for-profit technology accelerator to become one of Canada’s most vocal champions for the digitally disadvantaged.

He joined Cybera as President and CEO in 2010. Under his leadership, the company’s mandate has expanded to provide digital services to Alberta’s K-12, startup, First Nations and public sectors. Cybera is now widely credited for overseeing the continuous development of Alberta’s cyberinfrastructure, while advocating for improvements to the availability and accessibility of technology, for all Canadians. This talk was given at a TEDx event using the TED conference format but independently organized by a local community. Learn more at 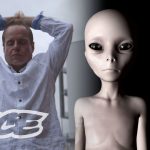 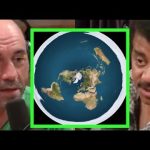