Pope Francis urged the Jesuits, his brothers, to always put Christ at the centre of their lives and called them to live a life of humility. The Pope was speaking during a Mass celebrated on July 31st in the Church of the Gesu in Rome, on the liturgical feast of Saint Ignatius Loyola, the founder of the Society of Jesus. Attending were 270 Jesuit priests, along with dozens of others associated with the institutions of the religious order. At the end of the Mass, the Pope processed to the altar of St. Ignatius, where he lit a votive candle. Words of welcome were given before the Mass by the Father General of the Jesuits, Father Adolfo Nicolas. The Gesu church contains the remains of St. Ignatius. 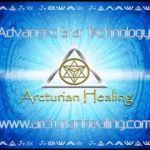 Who Are The Anunnaki Gods? *NEW* 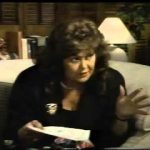 Jesuits Created The Secret Rapture & 7 Year Tribulation, & Both Are False Doctrines And Unbiblical

The Hiroshima Bomb, Jesuit Priests, Fatima, and the Rosary

The TRUTH Of The High Jesuits! Pope Francis The False Prophet? Exposing The Darkness!