Fkn Sciene Bro! Is the Earth a Planet? Nope. Just a plane without the T. =)

The Earth is actually Flat. Sub to Hibbeler:

“Islands”
Remote islands offer sanctuary for some of the planet’s strangest and rarest creatures. The rare pygmy three-toed sloth enjoys a peaceful existence on an idyllic Caribbean island, while nesting albatross thrive in predator-free isolation. But island life always comes at a cost.

On the Galapagos Islands, young marine iguana must escape an onslaught of deadly racer snakes the moment they hatch from the sand. On the sub-Antarctic island of Zavodovski, life gets more extreme still. Every day, one and a half million penguins risk being battered against the rocks by fierce waves as they try to get on and off the island.

“Mountains”
The great mountain ranges are some of the planet’s most spectacular landscapes, but they are unforgiving places to live in, and only a few animals have what it takes to live at extreme altitude. Mountain animals are amongst the most elusive in the world, and this film provides unique and intimate glimpses into their secretive lives.

Witness the moment four snow leopards come together when a mother and cub become trapped between two rival males. Join grizzly bears as they dance against trees to rub off their winter fur and soar with golden eagles hunting amongst Europe’s snow-capped peaks.

“Jungles”
Jungles provide the richest habitats on the planet – mysterious worlds of high drama where extraordinary animals attempt to survive in the most competitive place on earth. Flooded forests are home to caiman-hunting jaguars and strange dolphins that swim amongst the tree tops, while in the dense underworld, ninja glass frogs fight off wasps and flying dragons soar between trees. High in the canopy slender-bodied spider monkeys brachiate through the thin branches helping each other along the way. Acrobatic indri leap through the forests of Madagascar, while the jungle night conceals strange fungi and glow-in-the-dark creatures never filmed before.

“Deserts”
The world’s deserts are lands of extremes that force animals to come up with ingenious ways of coping with hostile conditions, giving rise to the most incredible survival stories on earth. A pride of desert lions are so hungry they risk hunting a giraffe several times their size, while male sandgrouse fly 120 miles each day to the nearest waterhole and dice with death to collect water for their chicks.

Filmed for the first time, a tiny bat does battle with one of the world’s deadliest scorpions, and in Madagascar, a locust swarm of biblical proportions is seen as never before.
“Grasslands”
Grasslands cover one-quarter of all land and support the vast gatherings of wildlife, but to survive here animals must endure the most hostile seasonal changes on the planet. From Asia’s bizarre-looking saiga antelope to the giant anteaters of Brazil, grassland animals have adapted in extraordinary ways to cope with these extremes.

In the flooded Okavango, lions take on formidable buffalo in epic battles, on the savannah, bee-eaters take advantage of elephants to help catch insects and, on the freezing northern tundra, caribou embark on great migrations shadowed by hungry Arctic wolves.

“Cities”
Cities are growing at a faster rate than any other habitat on Earth. They may seem an unlikely place for animals to thrive, but they can be a world of surprising opportunity. Leopards prowl the streets of Mumbai, peregrine falcons hunt amongst New York City’s skyscrapers, and a million starlings perform spectacular aerial dances over Rome. In Jodhpur, langurs are revered as religious deities and in Harar, locals live in harmony with wild hyenas.

Many animals, however, struggle to cope in the urban jungle. As the architects of this environment, can humans choose to build cities that are homes for both them and wildlife?

The Truth Does Not Fear Investigation part 1 & 2 by Hibbeler Productions. Best Flat Earth Documentary on the Internet. 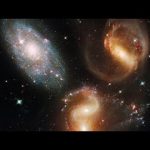 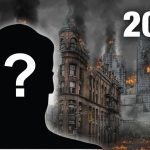