Paintings of Jesus Christ from History

Free video about Jesus Christ. This free video was created for you by http://epsos.de and can be used for free under the creative commons license with the attribution of epSos.de as the original author of this Jesus Christ video.

Thank you for supporting the creative commons movement !!

These images have common characteristics that are universally associated with Jesus, although no verifiable historical evidence. It is there only where Jesus is represented in two ways: with a bearded old stripling toga and holding a wand (symbol of power) which serves to turn water into wine. The best known depictions of Jesus are with long hair and big beard. The Egyptologist John Romer, in his Seven Wonders of the World, noted similarities between this representation of Jesus and those of Zeus or Jupiter father of the pagan gods and protector of the Roman Empire. For a Jewish custom is believed that Jesus had a beard.

However, some images are accepted as his true face. An ancient tradition of Eusebius says that when Jesus washed his face with water and dried with a mantle left her image on said fabric. This object was sent to King Abgar V of Edessa, who had asked Jesus to heal him of his disease. Today, there are doubts as to the authenticity of the shroud. Icons of Jesus and Mary are traditionally accepted by many Orthodox as originally painted by Luke the Evangelist.

Church of St. Cosmas and Damian in Rome, where the 12 apostles are also represented as shepherds under an imperial Jesus. Since then it’s like starting to be represented as the bearded man with long hair who has survived to this day. When Christianity came out of the catacombs and became a state religion, the images of Jesus began to take on more importance. It is believed that the oldest image concerning Jesus is a graphite made ​​between the first and third centuries found on a wall near the Palatine Hill in Rome.

Modern artists have focused on the aspects of the Incarnation of Jesus historic and created unconventional such as represent with Negroid features, Europeans, Mongoloid and also as a woman images. The artistic representation of Jesus Christ in Christian art, has become a major theme in Western art, and Eastern Europe. Jesus Christ was represented in different ways over the ages, as well as to illustrate the various episodes of his life encoded by the Christian iconography.

The iconography of Christ is based on the four Gospels: Matthew, Luke, Mark and John. However, the Gospels mention different passages in the life of Jesus, omitting or adding details or events. According to the gospels, during his ministry Jesus performed several miracles. In total, twenty-four canonical gospels recount miracles, of which fourteen are cures for various diseases five exorcisms three resurrections two prodigies wild type and three extraordinary signs.

Jesus was scourged, dressed him in a red cloak, he put on his head a crown of thorns and a reed in his right hand. Unlike what happens with other characters of antiquity, but as with many others, there is no archaeological evidence to verify the existence of Jesus Christ. The main explanation given to this fact is that Jesus did not reach while living a significant enough to record in archaeological sources.

While the findings of archeology can not be adduced as evidence of the existence of Jesus Christ, do confirm the historicity of many characters, places, and events depicted in the sources. While the material evidence concerning the life of Jesus are very late, philological research has succeeded in reconstructing the history of these texts with a high degree of probability, yielding the conclusion that the earliest texts about Jesus (some letters of Paul) are later in twenty years the probable date of his death, and that the main sources of information about his life.

There is, however, a minority of scholars who, from a radical critique of sources considered likely that even Jesus was an actual historical figure, but a mythical entity, similar to other figures worshiped in antiquity. Are mostly Christian sources, obviously partial, which provide information about Jesus Christ. Christian texts primarily reflect the faith of the early communities, and may not, without more, historical documents.

Are numerous Christian writings of the first and second centuries in which references to Jesus Christ are. However, only a small part of it contains useful information about him. They all reflect, first, the faith of the Christians of the time, and only secondarily reveal biographical information about Jesus.

Thank you for supporting the creative commons movement !! 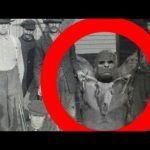 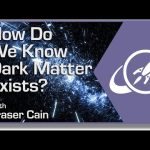