NOVA scienceNOW visits astronomers who may be on the brink of finding “another Earth” outside our solar system but within our Milky Way galaxy. A new planet-hunting machine, the Kepler telescope, is at their disposal. This and other ingenious technologies could finally answer the age-old question: Are we alone?

Vincent van Gogh has inspired several talented artists to turn their hands to forgery. Can computers be used to identify which works are really his? To find out, NOVA scienceNOW, working in cooperation with the Van Gogh Museum in Amsterdam, commissioned an expert in art reconstruction to make a meticulous copy of a van Gogh painting. Then, we challenged three different computer teams—from Princeton, Penn State, and Maastricht universities—to see if they could spot the imitation in a group that included five genuine van Goghs.

Maydianne Andrade’s career might seem like something out of a horror film (her favorite genre), but Andrade can’t imagine how she would spend her days and nights if not studying the cannibalistic behavior of the Australian redback spider. She has discovered why it makes evolutionary sense for the males of this species, a type of black widow, to make the ultimate sacrifice, what she calls “adaptive suicide.”

Rudy Tanzi, a pioneer in discovering genes for Alzheimer’s disease, is turning his attention to autism. Using gene chips that can scan up to a million genetic markers across the entire human genome, Tanzi and others are on the hunt for the genetic key to a heartbreaking disorder that seems to come out of nowhere and yet affects millions of children and their families.

Turkish subtitles will be added soon.

No copyright intended, all the copyrights belong to PBS NOVA. 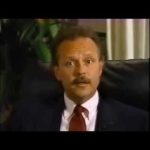 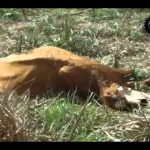