Don Adams speaks clearly and concisely when describing the events of November 22, 1963, the day President Kennedy was killed, and he doesn’t waiver from his position that Lee Harvey Oswald did not kill President John F. Kennedy in Dallas.

“It is a fact,” says Adams, and he says he has the FBI documents to prove it.

At his home in Akron, Ohio, Adams is surrounded by thousands of reports and records from the National Archives and Records Administration. His name appears on many of the papers, but he says other reports have been doctored, or are missing, “Everything I had done is gone. It’s all gone,” Adams said.

The Army veteran joined the FBI after serving in the Korean war. He trained in Washington, D.C., and Quantico, Virginia, and was assigned to an FBI field office in Thomasville, Georgia.

One of Adams first assignments was investigating an extreme right radical, with connections to the States Rights Party and KKK named Joseph Adams Milteer. “He was reportedly one of most violent men in the country,” said Adams.

One week after completing the investigation, President Kennedy was gunned down in Dallas.

Agent Adams located Milteer in Quintan, Georgia on November 27, 1963, but according to Adams, the Senior Agent in charge would not allow a proper interrogation.

“I said, ‘Boss wait a minute, we have an opportunity to elicit tremendous information from him’ and he replied ‘5 questions and nothing more’.”

Years later, while searching the archives Adams learned that Milteer had threatened to kill President Kennedy November 9, 1963, just weeks before the assassination, and that FBI agents had allegedly lied about his whereabouts immediately following threat.

In a tape recording Adams played for Fox 8 News, Milteer tells an informant the best way to get the president, “is from an office building with a high powered rifle.”

The informant asks if they are really going to kill President Kennedy and on the tape recording Milteer responds, “Oh yes. It’s in the works.”

Adams wonders why the FBI and Secret Service permitted the President to travel to Dallas with that knowledge.

“[They] should have stopped the President from traveling instantly.” said Adams.

And an FBI record states that after the assassination, “a jubilant” Milteer bragged to the informant, “You thought I was kidding when I said he would be killed from a window with a high powered rifle.”

Adams questions why Milteer appears in a photograph near President Kennedy’s limousine before the shooting, but was never mentioned in the Warren Commission Report.

Adams suspects Milteer was definitely involved in President Kennedy’s death, but he says Oswald absolutely was not.

In 1964 Adams was transferred to Dallas, Texas. He watched the now famous Zapruder film and chased leads connected to Kennedy’s death.

The Warren Commission report said three bullets were fired from behind the president, but Adams claims there were clearly 11 shots fired, including a frontal shot that struck President Kennedy’s neck.

Adams claims that he mentioned his findings to Senior FBI Agents, and was told by one unnamed agent, “Don be careful what you say and how you say it.”

Adams says witnesses at the Book Depository saw Oswald in the break room drinking a Coke at the exact time of the shooting.

According to Adams, even if Oswald was on the building’s sixth floor, Adams informed Senior FBI Agents that Oswald could not have possibly fired three shots in seven-and-a-half seconds, from a bolt action rifle so precisely while looking through a scope. Adams alleges he was again warned to keep quiet.

“I said, ‘I’m gonna tell you right now guys, no way in the world he fire those shots’ and boy I was really cautioned then.” said Adams.

Adams has hundreds of other facts and papers that he says prove the Warren Commission’s report was erronious.

The 80-year-old is currently putting the papers into a book and he has also produced a documentary style DVD, which is being sold on his website.

Adams says he is not seeking fame and fortune, rather truth and justice. He wants another commission established to re-investigate what really happened in Dallas before all of the agents and witnesses are gone.

“When we die off, no one will talk about these things.” said Adams, “I hope the truth gets told whatever it is.”

“Educate and inform the whole mass of the people… They are the only sure reliance for the preservation of our liberty.” 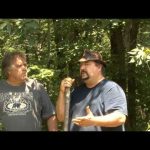 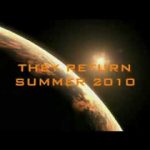 Was there a cover-up to JFK’s assassination?

The JFK Assassination Investigation: LBJ, Conspiracies and the Warren Commission (1999)