NASA announced that they have definitive proof of liquid water flowing on Mars. This discovery could shed light on life outside of Earth and possibly colonization in the future. John Iadarola (Think Tank), Jimmy Dore (The Jimmy Dore Show), Hannah Cranston (Think Tank) hosts of The Young Turks discuss.

Are you excited about this discovery? Do you think we should be working to colonize Mars? Let us know in the comments below.

“Potentially life-giving water still flows across the ancient surface of Mars from time to time, NASA scientists said Monday in revealing a potential breakthrough in both the search for life beyond Earth and human hopes to one day travel there.

While the discovery doesn’t by itself offer evidence of life on Mars, either past or present, it does boost hopes that the harsh landscape still offers some refuge for microbes to cling to existence.

“The existence of liquid water, even if it is super salty briny water, gives the possibility that if there’s life on Mars, that we have a way to describe how it might survive,” said John Grunsfeld, associate administrator for the Science Mission Directorate at NASA.” 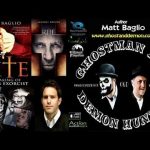 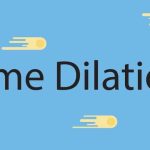