We were recently sent this audio file, which was a portion of a British radio show from the year 1945. The announcer makes predictions for the next hundred years. He says that in 2045, we will be able to look back to see if such predictions are true. Currently being in the year 2018, we can see that many of his predictions have already come true. Some people say that the only way this man could know so much about the future, is that he or someone he knew was an actual time traveler. What do you think?

Subscribe to ApexTV for more paranormal videos like this! We at ApexTV try our hardest to bring the latest incredible paranormal clips from around the world to audiences worldwide. (Subscribe link below!)

★More Videos★
Time Traveler Took This Picture In The Year 6000

5 People Claiming to Be Time Travelers

Time Traveler Who Traveled to The Year 2100 Tells All

Time Traveler Meets Himself in The Future

Time Traveler Who Has Been to The Year 2118 Speaks Out

Time Traveler From The Year 2055 Tells His Story

Time Traveler Who Went to 2987 Tells All

Transcript from man predicting the future:
Hello ladies and gentlemen. Welcome back to the program. Today we are going to talk about a rather serious topic. The future. What does the future hold? Today we are going to make some predictions. Maybe someday, man will look back on such predictions. The year, as you know, is 1945. 100 years from now, it will be 2045. It is difficult to imagine the state of the world in 100 years. As we have seen before, the world has changed drastically in the past 100 years. Just 100 years ago, in the year 1845, the concept of self-powered flying machines seemed as ridiculous an idea as ever to many. Through this great industrial revolution, the world has seen more change than ever before. Keep this in mind, as we go over our predictions for the next 100 years. In 100 years, I predict that man will have stepped foot on other celestial bodies, such as the moon and the planet Mars. In 100 years, I predict that the average man will get his news and entertainment from a variety of sources. Big companies will no longer have a monopoly on the news and entertainment people enjoy. I predict that in 100 years, cars will no longer be constrained to the ground. They will have the ability to fly in the air at will. And the energy that powers the cars will come from the sun. In 100 years, I predict that television sets will get increasingly smaller. I predict television sets will shrink to the point in which they can fit on our wristwatches. I think that in 100 years, there will be film cameras at every street corner. They will be put in place in the name of safety, but our freedoms will increasingly vanish. We will trade our freedom for safety. We will allow our rights to be eroded, because the authorities tell us it will keep our children safer. Now remember, these are only predictions, not prophecy. Maybe someday, a future man will look back on them. Good day. 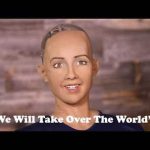 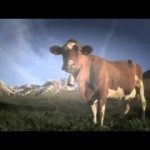