Man on Mars Mission Cover Up

Man on Mars Mission
Mission to Mars and putting a man on the red planet. Also known as the dead planet. Planet Mars. Why send a man to Mars if it is supposedly dead! Why spend billions/ trillions to send a man to Mars. We couldn’t bring anything back resources wise, so why bother. Unless, NASA/ secret circles have discovered something that warrants investigating. The 2020 Mars rover will specifically have instruments to look for biosignatures/ fossils on planet Mars. Surely this instrumentation should of been on the previous Mars rovers! It seems we spend vast amounts of money to explore a dead planet when people on this planet are dying of starvation. Mankind can create free energy but it lacks investment from the global elite that own most of the fossil fuel industry. Our leaders priorities are not made clear because looking in from the outside then it is pure negligence. Sending a Man to Mars and landing a survivor on Mars would merely be an achievement, nothing else. Unless, there is an alternative motive behind putting a man on planet Mars. Aliens. UFOs.nasa. Cover up. Life on Mars probably did happen in its evolution until something destroyed the habital atmosphere of the planet. Secret history will reveal itself through this consciousness shift that the current era is going through. 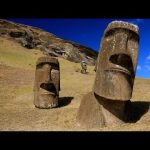 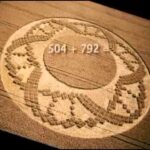