Malaysia Airlines Flight 370; is victim of Silent Terrorism or Hijacking?

I have been pondering several scenarios, unfortunately, no definite answer yet. Let’s consider the following five conspiracy theories for now:
1. Russians are involved to withdraw world’s attention from their siege operation of Crimea.
2. North Korea’s way of testing an invisible attack which I refer to a “silent terrorism”.
3. Major Drug Cartels new way of smuggling or their way of sending message to Law enforcement Agencies throughout the world, “Don’t mess with our Operation”.
4. Any third world country and their military may be involved who are being denied the acquisition of defense weapons including fighter jets or maybe affected by the huge cuts and denial of the World Bank loans or any aid by US or other countries.
5. Maybe, there are special interest groups and or good old boys network somewhere in the world including United States, China, United Kingdom, Canada, India, Pakistan and Europe, not representing by their governments, who are capable of masterminding, initiating, and exercising such plots to change course of world economic or politics based on fear. All the major investors, institutions, manufacturing and brokers of highly sophisticated defense equipment, satellites, and security apparatus and applications should be investigated. Off course not to ignore all the mega think tanks and major private security companies who have re-employed most of the ex-intelligence, security and government officials, and off course ex-lawmakers.
6. Let’s not overlook the Malaysia itself, what if; it is work of syndicate crime or a sign of drift among the ruling party, military, the government, monarchy and the thirteen states assemblies.
As always, one of my major concern remains, “how to investigate all the worlds’ intelligence and clear them first from any conspiracy theory.
somebody deliberately steered the plane off course
Silent Terrorism or Kidnapping Mystery surrounding Flight 370
Speculation has surged about the possibility of terrorism or hijacking, but that hasn’t been confirmed.
there was a human intervention, rather than a mechanical failure.
Who is the Mastermind behind mystery surrounding Flight 370. 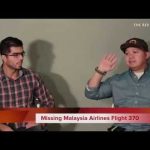 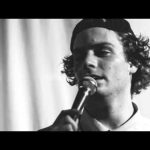