Judge Rules 9/11 was a Conspiracy After Seeing Evidence

Judge Rules 9/11 was a Conspiracy After Seeing Evidence

Tony Rooke refused to pay a TV license fee because the BBC intentionally misrepresented facts about the 9/11 attacks, he alleged. It is widely known that the BBC reported the collapse of World

Trade Center Building 7 over 20 minutes before it occurred. WTC 7 was a 47-story skyscraper that was not hit by a plane on 9/11 but collapsed at free-fall speed later that day.

So Rooke said the BBC had to have had prior knowledge to a terror attack making them complicit in the attack. He presented the BBC footage to the judge along with a slew of other evidence, and the judge agreed that Rooke had a reasonable case to protest. Rooke was found not guilty and he was not fined for failure to pay the licensing fee. 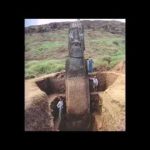 The Moai Of Easter Island ~ Lost In Time
Previous Post
Watch This! UFO Sightings New York Public React! Are We Alone? You Decide Sept, 2014
Next Post 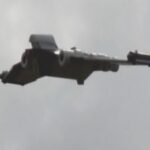