Critics claim that a bullet that passed through several layers of clothing and flesh, destroyed a five inch (127 mm) section of a rib, broke a wrist radius bone, and shed metal fragments (some of which are buried with Connally) could not be in such nearly pristine shape, especially given that the, supposedly, same type “headshot” bullet, according to the Warren Commission, completely broke apart after passing through only two layers of less-dense skull bone.

Critics of the single-bullet thesis question not only the bullet’s trajectory and relative lack of damage, but also the question of timing of hits to both the president and Connally. A single bullet would have passed through both men in less than 1/100th of a second, which means that a strike of both men by a single bullet would have happened too quickly to be caught on more than a single Zapruder frame (these were exposed at 1/18th second intervals). From the Zapruder film one can see Kennedy with his hands in front of his chest near his throat as he emerges from behind the sign at Zapruder frame 225.

According to one popular version of the single-bullet theory (promoted by Gerald Posner in his book, Case Closed), the interval between frame 223 and 224 is the time the same projectile passes through both JFK and Connally’s body. It is not obvious at this point (frame 224), whether Connally has, or has not, been hit; however Connally, but not other limousine occupants, is newly blurred in frame 224 but not in frame 223. Connally himself, in analyzing the frame-by-frame Zapruder film, identified his own hit later, at about Zapruder frame 230, whereas JFK is certainly hit about Zapruder frame 224, a third of a second earlier. Beginning immediately after frame 224, Connally rapidly raises and then lowers both arms, then turns to his right toward the Zapruder camera, but it is not clear that he is turning to see what has happened to Kennedy.

He must have been hit before this point, if hit by the same bullet, since the President is already reacting. Connally’s cheeks then puff out, and his mouth opens. Many suggest that he is beginning to show the shock of the bullet. Others suggest that Connally is doing exactly what he said he did in reaction to hearing the first bullet: he said he realized an assassination was unfolding so he turned to see the President.[96] It is at this point that some critics of the single-bullet theory believe Connally is actually hit by a second and separate bullet, and this is also what Connally himself believed, but only on the supposition that the first shot he heard was one that struck the president. (If the first shot missed the president, then Connally’s memory of being hit later corresponds with the single-bullet theory.) Proponents of the single-bullet thesis argue that Connally is simply exhibiting a delayed pain reaction to having been hit by the same bullet that hit Kennedy, a third of a second earlier.

When an enhanced copy of the Zapruder film was released in 1998, many felt the delayed reaction theory was debunked. Others, particularly Posner,[99] noted that Connally’s right lapel flips up at frame 224 (it hides the right part of his white collar in frame 224, which is far more clearly seen in both frames 223 and 225). In this same frame, as noted above, Connally suddenly becomes blurred with regard to the rest of the automobile (Connally is clear in frame 223). Frame 224 is precisely the best-posited frame of the impact of the bullet to Kennedy, who is still behind the sign at this point. Zapruder himself does not appear to jump until frame 227, blurring all contents of the automobile. 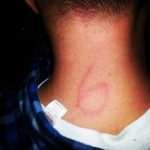 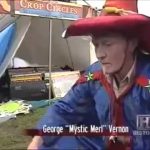