Home  /  Documentaries  /  Religion  /  Secrets of The Vatican  /  Is the Vatican Preparing for the Arrival of an Alien god?

Is the Vatican Preparing for the Arrival of an Alien god?

Is the Vatican Preparing for the Arrival of an Alien god?
(You can translate the captions into your own language)

Tom Horn and Cris Putnam in this interview on “It’s Supernatural!” with Sid Roth reveal the conspiracy of the Vatican to await the arrival of aliens. They reveal the true nature of the 2012 prediction by the Mayans. The Mayans only stated that 2012 will mark the start of a new age, where two men would come on the scene to corrupt the world. The Bible identifies these men as the False Prophet and the Antichrist.

They highlight how various prophecies like those in the Malachy Prophecy, Zohar religious text, early church fathers and the Mayan writings all seem to converge on this time period. They explain that the “Miracle of the Sun” that occurred during the Marian Apparition at Fatima was actually a UFO.

They reveal many secrets like hybrid programs being done. George Hawkins Pember found parallels to the days of Noah and his day and had made predictions in his writing of the rise of homosexuality, confusion of the genders, the apostasy and the return of the Nephilim. They reveal the startling fact that the Roman Catholic church has an observatory at Mount Graham that searches the sky for alien UFOs in Arizona. The observatory is equipped with an infrared camera which is strangely enough, named “Lucifer”!

Colossians 2:8
Beware lest any man spoil you through philosophy and vain deceit, after the tradition of men, after the rudiments of the world, and not after Christ.

Galatians 1:6-9
I marvel that ye are so soon removed from him that called you into the grace of Christ unto another gospel:
Which is not another; but there be some that trouble you, and would pervert the gospel of Christ.
But though we, or an angel from heaven, preach any other gospel unto you than that which we have preached unto you, let him be accursed.
As we said before, so say I now again, If any man preach any gospel unto you than that ye have received, let him be accursed.

This video was uploaded with the permission of Sid Roth’s ministry. Please support the amazing work of Sid Roth on his official site:

Dark Secrets and Sex Scandals Within the Roman Catholic Church:

The Truth Behind The Roman Catholic Church:

Real Evidence that Jesus exists and was crucified!!:

Aliens, UFOs and the Great Deception:

Science and The Bible:

How to Become a Christian?: 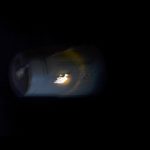 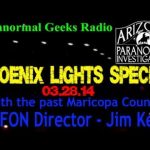