Examining the truth behind one of the most legendary artifacts of all time – the Holy Grail.

The Holy Grail is a dish, plate, stone, or cup that is part of an important theme of Arthurian literature. A grail, wondrous but not explicitly holy, first appears in Perceval le Gallois, an unfinished romance by Chrétien de Troyes: it is a processional salver used to serve at a feast. Chrétien’s story attracted many continuators, translators and interpreters in the later 12th and early 13th centuries, including Wolfram von Eschenbach, who makes the grail a great precious stone that fell from the sky. The Grail legend became interwoven with legends of the Holy Chalice. The connection with Joseph of Arimathea and with vessels associated with the Last Supper and crucifixion of Jesus, dates from Robert de Boron’s Joseph d’Arimathie (late 12th century) in which Joseph receives the Grail from an apparition of Jesus and sends it with his followers to Great Britain. Building upon this theme, later writers recounted how Joseph used the Grail to catch Christ’s blood while interring him and how he founded a line of guardians to keep it safe in Britain. The legend may combine Christian lore with a Celtic myth of a cauldron endowed with special powers. 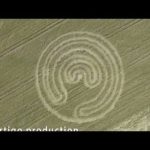 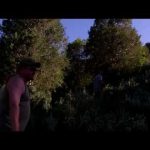