This video is a re-share and is made and owned by Thomas Warren. I don’t own anything ! It’s under Fair use with purpose to educate and inform the public.

I had to edit out Madonna’s Frozen song clip ( about 2 min.) because of Youtube’s copyright claim … Also make sure to watch this one: ILLUMINATI EXPOSED False Religions, Evolution vs Creation, Jesus, Bible vs Science

Songs (music) are spells (witchcraft) and contain esoteric (hidden) messages from pagans, witches (females), wizards (males), satanists etc. They’re not Children of God, they’re so called “Mankind”/Nephilim/Tares (Hybrids between Men & Fallen Angels), they don’t have the Holy Spirit residing in them, they’re all demon possessed, and have sold their souls for for money, sex and fame, and It’s all hidden in plain sight. Their goal with these spells is to make you “dance” the way they want to, to lower your inhibitions, to distort your perception of reality, the same thing applies to Hollywood movies, TV, it’s everywhere … They are putting spells in your unconscious mind, because that’s what rules us and not our conscious mind, so, forget the beat, the melody, and concentrate on the lyrics and symbols/hand gestures/palmistry in the videos …

EXPLANATION OF SOME OF THE ESOTERIC (HIDDEN) WORDS/MESSAGES:

Our planet is controlled by an Illuminati Masonic secret society who plan to control all humanity under a one world Government, They believe in ancient laws and are trying to create a Luciferian Satanic society for the new 5th age of Aquarius/Antichrist. All wars have been by design, all economic crashes have been by design. The Music industry is corrupted by these tyrants as is politics, Movies, Religions, Governments. They use technology against us and openly admit that they want a massive population reduction, The United Nations has outlined in it’s publications “Agenda 21” and “Our common future” that they want us living in sustainable camps i.e FEMA Camps every person will be given a job without choice and once we are no longer able to work we will be seen as an unsustainable drain on resources. The New World Order is Corrupted and Satanic and needs to be exposed. I believe Humanity can be free and that once we realize that we are all one species we can stand up to the evil in this world. Our society is controlled by Demonic entities who have been pulling the strings since ancient times.. We need to wake up and expose this evil, such as Bohemian Grove and the Elite Satanic rituals, The Zionist political ideal which has the Kabbalah at the heart of it. Our perception of reality is controlled by these evil minded fools. We spend our days like slaves working to feed a corrupted system of false control, they feed us distractions and false idols, they sway political views with False Flag Terror attacks and go to war illegally, but they are only exposing themselves for the scumbags they truly are …

This know also, that in the last days perilous times shall come. For men shall be lovers of their own selves, covetous, boasters, proud, blasphemers, disobedient to parents, unthankful, unholy,
Without natural affection, trucebreakers, false accusers, incontinent, fierce, despisers of those that are good, Traitors, heady, highminded, lovers of pleasures more than lovers of God; Having a form of godliness, but denying the power thereof: from such turn away.

Jesus Christ said: Nothing is hidden which shall remain hidden ! 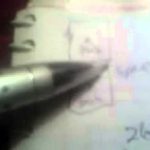 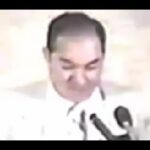