(Please Read)
This is very important information that helps breakdown what would be a very complex topic. Although I do believe these videos have errors, regarding the roles of the ancient ones and old ones. For the Enuma Elish a 1000 word story carved on clay tablets in ancient sumeria, tell the story of a war between the anunnaki (Enki dagon – kthulu), Enlil, Marduk, Anu) against the ancient ones (Tiamat, Absu, Kingu). The Anunnaki Depict the Ancient ones as “crawling chaos” but this is not true. It is the Anunnaki that war without compassion or care and enslave. The Ancient ones exist as primordial chaos, uncontrollable, completely free. Take a look at the world around you, military industrial complexes, slaughter of animals/people, sex slave industries, corruption, enslavement, the list goes on and on. These practices still exist and thrive in our present time, this is combination with being able to trace the bloodlines of the current world elite/nwo England – Rome – Egypt – Sumeria – Anunnaki, i believe is proof as to who really is running this world and always has been ever since they defeated the ancient ones. Are these gates sealed off keeping the ancient ones out, if we are indeed as humans created of ancient ones blood and anunnaki’s breath, this would mean we have the ability to tap into the ancient ones power (kundalini), is this why the anunnaki – Illuminati keep humans separated and at war because of income class, religion, dialects, ect, because they are afraid of us if we ever discovered our true potential? but instead media, current trends and the primitive emotions that humans let control them ultimately keep them asleep. 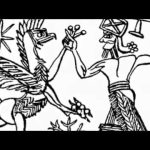 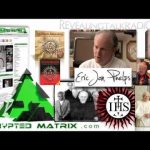