Astronomers using NASA’s  Hubble Space Telescope have spotted for the first time a distant supernova split into four images. The multiple images of the exploding star are caused by the powerful gravity of a foreground elliptical galaxy embedded in a massive cluster of galaxies.
This unique observation will help astronomers refine their estimates of the amount and distribution of dark matter in the lensing galaxy and cluster. Dark matter cannot be seen directly but is believed to make up most of the universe’s mass.

These observations were taken as part of the Frontier Fields Survey.

Please join +Tony Darnell Dr.+Carol Christian and +Scott Lewis as they discuss these exciting observations with members of the Frontier Fields Team.

Bring your questions and comments and we’ll read them on air throughout the hangout! 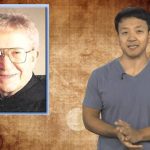 Time Travel: Is It Possible? Do Time Machines Already Exist?
Previous Post
Knights of Columbus to March Alongside Gay Pride Group
Next Post 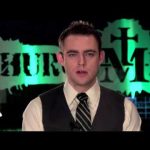