How We Know The Earth Isn’t Flat

Rapper B.O.B thinks the earth is flat, but how do we know it isn’t?

Why Are There So Many Conspiracy Theories? ►►►►
Sign Up For The TestTube Newsletter Here ►►►►

Read More:
Flat-Earthers are back: ‘It’s almost like the beginning of a new religion’

“YouTube user TigerDan925 shocked his 26,000 followers recently by conceding a shocking point: Antarctica is a continent. It’s not, as he previously thought, an ice wall that encircles the flat disc of land and water we call earth.”

When I stand at the water’s edge and look out over the ocean, how far away is the horizon?

“One of the funniest things about the ocean is the fact that its surface is curved. We tend to think about water forming large flat sheets, but the surface of a large body of water is not actually flat at all — it follows the curvature of the Earth.”
____________________

DNews is dedicated to satisfying your curiosity and to bringing you mind-bending stories & perspectives you won’t find anywhere else! New videos twice daily. 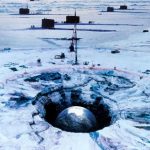 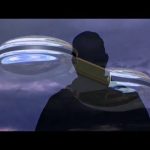