A Haunting S09E07 – Mother’s Terror – In Saint James, New York lives Jeanette Meyran and her two daughters, Angela and Danine, who comes across their new home in 2006. A year earlier, Jeanette’s husband, Curtis Myron who worked as a fire-fighter, jumped to his death out of a fourth-story window while handling a fire. Jeanette hears noises and checks the security cameras she put around the house. Two weeks later, she has Curtis’ friend Mike come over to help get the house move-in ready. While tearing open a wall in a basement, Mike finds a diary written in from the 1920s. The diary documented the life of a young girl living in fear and cruelty being done to animals. Jeanette hides the book and later burns it so the girls wouldn’t see it. Mike discovers a pentagram on the floor of the basement while sweeping the floor. Jeanette paints over the symbol. After renovation is complete, the family move into the home. Danine sees her dad around a lot and has conversations with him. While venturing in the woods, Danine and Angela comes across a pentagons carved into several trees around them. Danine wakes up to hear whispering and hears heavy footsteps and then banging on her door. Angela hears noises one morning and the kitchen is in destroyed. Jeanette comes home and sees the mess and figures Angela done it. She goes upstairs to find her crying in her room and Angela denies making the mess. Jeanette didn’t want to believe the house was haunted but soon comes to believe it one day when the house shakes while she is vacuuming. Items fall off the shelves and onto the floor. Jeanette asks her husband’s other friend Tony for help and he senses something isn’t right and advises her not to go into the basement. After Danine sees a shadowy figure while taking a bath, Jeanette brings in a paranormal expert who tells her that her husband is there. The women go into the basement and the expert senses demon. Deliverence minister Bill Bean comes to send the demons back into the portal to the spirit world and seal it shut. He does this with a prayer and it works. A sense of peace comes over the house. Jeanette later has the trees with the symbols in them all cut down. 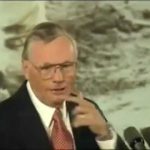 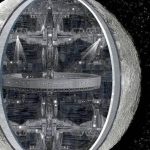