Two well-known financial forecasters claim that virtually all governments worldwide will be hit with a gigantic economic crisis in the first week of October 2015.

Martin Armstrong is a controversial market analyst who correctly predicted the 1987 crash, the top of the Japanese market, and many other market events … more or less to the day. Many market timers think that Armstrong is one of the very best.

(On the other hand, he was jailed for 11 years on allegations of contempt, fraud and an alleged Ponzi scheme. Armstrong’s supporters say the government jailed him on trumped-up charges as a way to try to pressure him into handing over his forecasting program).

Armstrong has predicted for years that governments worldwide would melt down in a crisis of insolvency and lack of trust starting this October. Specifically, Armstrong predicts that a major cycle will turn on October 1, 2015, shifting investors’ trust from the public sector and governments to the private sector.

Unlike other bears who predict that the stock market is about to collapse, Armstrong predicts that huge sums of capital will flow from bonds and the Euro into American stocks. So he predicts a huge bull market in U.S. stocks.

Edelson is another long-time student of cycle theory. Edelson – a big fan Armstrong – has also studied decades of data from the Foundation for the Study of Cycles.

Edelson is predicting the biggest financial crisis in world history – including a collapse of government solvency – starting on October 7, 2015 – the same week as Armstrong’s prediction – when the European Union breaks up.

Edelson also thinks that huge sums of investment will flow from the Eurozone to America, driving up U.S. stocks (unlike Armstrong, Edelson thinks U.S. bonds will also benefit). He thinks that Japan will be the next domino to fall … and that Japan’s default will also drive investments into the U.S. as a safe haven.

In other words, both Armstrong and Edelson think that – as the best looking horse in the glue factory – the U.S. stock market will skyrocket as others fall apart.

But to be clear, both believe that the domino collapse will eventually hit the U.S., and America will end up defaulting on its debts – and falling into financial crisis – as well.

Are Armstrong and Edelson right or wrong?

Correction: Several people have pointed out that Armstrong is not predicting that the crisis will be felt on October 1, 2015. Rather, he’s forecasting that October 1st is a major turning point, but that the governmental financial crisis may not be felt until some months later. 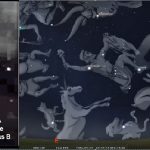 Portal from direction of Sirius 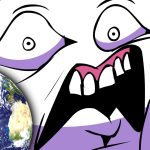 What Bernanke Thinks When He Heads Off To Sleep …

Martin Armstrong Answers: How Do You Feel About Equities in Europe and Japan?

Global Crash: What They’re NOT Telling You