First, I want to clear up a confusion about the DENZEL QUOTE from TRAINING DAY people seem to think I used because I supposedly thought DENZEL was LAWRENCE FISHBURNE! lol not the case!! It was intentional but didn’t realize there would be that confusion.

As much information and material as I covered in this video, its just scratching the surface which I’ll deal more with in part 3 since many of the concepts I discussed need more study. And although I initially wanted to keep the video under 10 minutes,, due to the complexity, magnitude and amount of information that could only be grasped by important context (especially for those new to this topic), it couldn’t be done.
Whether anything occurs or not is anyones guess, but I’ve presented this information in hopes it might help raise awareness and preparedness JUST IN CASE for those who live in or around major quake prone zones these ley lines may be trying to tell us something.

And while the subject matter is very serious and had to be informative, I also tried to present it in an entertaining way to keep things balanced on the lighter side.

No I don’t claim to be any mathematician, scientist, astronomer, etc. As I said, i’m simply presenting the evidence and information as I see it posing some possible ways to look at it,, but in the end, people can make up their own minds. If there’s any errors in the “math” etc, let me know and i’ll correct it or answer any questions I can. And yes, there are some portions of this dissertation that do not conform to certain conventional scientific theorems. As to the LINES, they’re extremely precise using euclidean geometry IMO, however obviously in a non-euclidean context, it would be far more complex to illustrate. in respect to the latitude of the Chile Quake and New Zealand, while slightly off by several degrees of latitude, the overall DIAGRAMS that appear are still valid and IMO, the model and essential theory is correct as well which is why there’s a CIRCLE around each of the POINTS that in the context of the ENTIRE SIZE OF EARTH, and should be within a reasonable distance for these points to show a very close approximation with curvature of earth which btw is NOT a perfect sphere! Its more an OBLATE spheroid. In fact latitude and longitude vary at certain points and grids. Degrees of latitude are parallel so the distance between each degree remains almost constant but since degrees of longitude are farthest apart at the equator and converge at the poles, their distance varies greatly. So as you move north or south of the equator, the distance between the lines of longitude gets shorter until they actually meet at the poles.

Anyways, Now that I’ve open pandoras quantum box so to speak with this, I definitely welcome any thoughts or questions because as I said, this discovery is only in its infancy stage. But I think those who take the time to consider what i’m presenting with an open mind, will see the merit or significance as well as implications in at least the very BASICS of the subject matter.

I truly hope nothing catastrophic happens around 3/22 or 9/27, but again, the evidence from just the latest PATTERN thats CREATED these ley lines, is not only OBVIOUS to anyone with a brain who takes the time to research the pattern, but the evidence is compelling to say the least. Does it mean a mega quake will occur on these next dates? NO, and I’ve explained in detail why. But I’m sure in hindsight, the people of JAPAN might have benefited and been thankful had such information like this been available before the events of 3/11/11!

The material and premise of the video transcends all ethnic, racial and religious boundaries that have divided humans and caused the suffering, and wars for millennia on this planet, so I’m not looking for any accolades other than trying to RAISE AWARENESS and PREPAREDNESS for these and other events about to occur soon, because this is not about me. Just delivering a MESSAGE so to speak.

Time will tell and Judge the merit of what i’ve presented whether or not anything seismically occurs that this discovery warns about that has far deeper significance and implications on a UNIVERSAL LEVEL when you read between the LINES no pun intended! 😉

In the meantime I highly suggest those in major urban centers around these ley lines take this threat very seriously and at the very least make some basic emergency preparations in the next weeks and months due to major TECTONIC even POLITICAL and Financial upheaval. 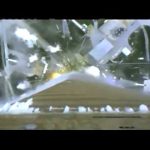 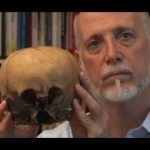