As the 16-day government shutdown was about to end, a woman ascended the dais in House chamber and shouted about God and freemasons until she was removed.
The incident occurred late Wednesday as the House was nearly done voting on the bill to reopen the government and raise the debt ceiling.

Todd Zwillich of Public Radio International reported that the woman is House stenographer Diane Reidy. He posted audio of her remarks.

“He will not be mocked,” a woman shouts on the recording. “This is not one nation under God. It never was. Had it been… the Constitution would not have been written by Freemasons, they go against God.”

Patrick Terpstra, a senior producer with Cox Washington, posted a video of the woman’s removal:

Lawmakers said she was yelling about the House being divided and the devil. Texas Democratic Rep. Joaquin Castro said she had a crazed look on her face. As she was led into an elevator by security, she was heard to shout, “This is not one nation under God. It never was.” She also screamed, “Praise be to God, Lord Jesus Christ.”
The outburst occurred while the House was voting on legislation ending the government shutdown and extending the federal debt limit.

According to the Washington Post, Rep. Gerry Connolly, D-Va., expressed “sympathy” for the stenographer “because something clearly happened there.” Reporters and onlookers documented the incident in a series of confused tweets:

“The Constitution would not have been written by Freemasons. They go against God!”

Following the documented reports that Chase bank had been limiting overall cash withdraws from various accounts and freezing wire transfers, I decided to get to the bottom of the issue and call the nationwide Chase information line. What I found is that not only did every business account owner receive a document detailing strange measures to limit their overall account usage to a $50,000 maximum and the complete restriction of wire transfers, but that even the Chase employees themselves had no idea why the measures had been instituted.

The supervising manager even went on to answer my question as to why Chase customers are not allowed to access their own finances, telling me that it is possible for customers to ‘pay a fee’ to withdraw their funds after ‘upgrading to a platinum account’ for an unspecified amount of upgrade costs. Now remember, this entire lockdown was initiated over ‘risks’ and the continued ‘safety’ of the bank’s finances. So what are they so afraid of when it comes to giving customers their own finances?

The timing of the training is interesting when analyzing America’s current economic state, which is bordering on collapse. American investment broker, businessman, author and financial commentator Peter Schiff warns us that we are in worse shape now economically than we were just before the 2008 financial crisis, which we still have yet to recover from.

The USDA is directing states to withhold Electronic Transfer Benefits for the month of November until further notice, setting up a potential food stamp crisis that could very easily lead to riots and widespread looting if the government shutdown drags on.

The USDA, which oversees the Supplemental Nutritional Assistance Program (SNAP), issued the order in a letter to SNAP administrators which states, “Understanding the operational issues and constraints that States face, and in the interest of preserving maximum flexibility, we are directing States to hold their November issuance files and delay transmission to State electronic benefit transfer (EBT) vendors until further notice.” 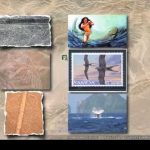 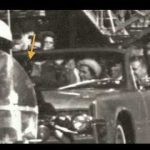