FRIENDLIEST Animals On The Planet

You’ve heard about some of the most dangerous animals in the world. You’ve even heard of all the animals that may look cute but could actually win in a fight. But let’s remind ourselves that there are friendly, happy animals out there. Here’s some of the sweetest ones you’ll ever come across.

Subscribe for weekly wacky videos and learn interesting facts about the world with awesome top 10 lists and other amazing videos.

9. Dolphins
You’ve probably heard mixed things when it comes to a dolphin’s behavior. For one, they’re really intelligent and they look like they’re constantly smiling. For another, there’s stories of how violent and aggressive they can be just for the sake of it. So, in the words of Oprah: what is the truth? Dolphins have much more complex personality and emotional traits than other animals, it’s a marker of their intelligence–as it is with humans. And just like humans, you have some nice ones and there’s some mean ones. In the wild, dolphins may swim towards humans out of curiosity. In captivity, people train dolphins to be accustomed to human interaction, making them less defense and more playful.

8. Kingfishers
Kingfisher birds have long been a symbol of tranquility in some cultures. They may also be referred to as the halcyon, named after the bird of Greek legend. According to mythology, the Halcyon was sea bird that had the capability of calming the waves of the oceans so that the eggs it lays may be protected. And these little kingfisher birds still represent that mighty, mythological force. They appear rather short and stout, though their pills look long and sharp. Their calls have a distinct sound with the high-pitched undulating noise.

7. Capybara
It’s said that the capybara may be the friendliest animal in the world. Though it may be difficult to believe since they resemble huge unsatisfied guinea pigs. But if there’s ever a kind rodent, it may just be the capybara. The largest rodent ever may be an uncommon pet, but more and more people are owning capybaras in recent years. Most grow to be about 4 feet long and weigh just about 100 pounds. Capybara live on a vegetarian diet, eating mostly grass. These semi-aquatic creatures also love to sunbathe and will swim often.

6. Quokka
The rest of the world seems to have found a new fascination with the quokka–a macropod native to the coast of Western Australia. While much smaller, the belong to the same family as kangaroos. Many have even dubbed the quokka as the happiest animal in the world for their effortless smiles that never seem to fade. Quokkas are known to be quite friendly and prove harmless to humans. They can grow to be the size of a domestic cat and have rather sharp claws. Such defense tools come in useful for them when they feel the need to protect themselves.

5. Frogs
Good for people starting out with pets, frogs can be easy to take care of, especially dwarf frogs. They keep themselves active and are not super anxious around humans. Some cultures regard frogs as symbols of life or peace. Aside from their ribbits and hopping around, they’re not excitable in the way other animals are.

4. Cats
Our feline friends get a reputation for being stuck up and mean. But cat lovers know that while, yes, they can be rather antisocial and independent, cats also show kindness and fondness for their owners. Cats may feel easily threatened–a trait passed down from their wild ancestors as a way of survival. Due to their size and breeding, most domestic cats pose little threat to humans, though they can still pack a stinging scratch or a powerful bite. Yet they have been known to be attached to their owners if they bond with them. Cats are also playful and if you treat a cat properly, they will be receptive to you.

3. Sloths
Particularly three-toed sloths will be the friendliest of animals ever. Most of the time, a human can just pick one up and they’re be really warm and loving towards you. Be careful of their sharp claws, however, because like every animal in the wild, it will do what it can to defend itself if it feels threatened. They move slow, which often makes them seem non-threatening. Sloths mostly feed on leaves and move in silence. . Just beware of two-toed sloths, because they’re not as nice.

2. Manatees
Thought to be mistaken for mermaids centuries ago, manatees are known to be incredibly peaceful animals. In West Africa, manatees are considered sacred. Friendly towards humans, manatees are also herbivores, giving them little reason to be aggressive towards anything since they have no prey. With no natural enemies, manatees have very little reason to be defensive and so welcome human interaction or are indifferent. Once in a while a curious manatee may get really, really close to a diver. 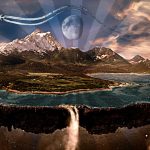 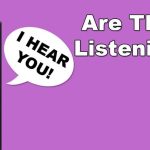