Summary
A Chinese government agency has published satellite pictures that show “three suspected floating objects” in the South China Sea. The images were published by the Chinese State Administration for Science, Technology and Industry for National Defence (SASTIND), and dated 11am on Sunday, March 9.

The images were published on Wednesday evening local time in Beijing, some 10 hours ago, but were not picked up by international media until the past few hours. China’s official news agency, Xinhua, says the objects measure 13m by 18m (43ft by 59ft), 14m by 19m and 24m by 22m. For context, the Boeing 777 is just under 64m long.

Publication of the images has raised the already-strained tensions between the Chinese and Malaysian authorities. Two thirds of the passengers on flight MH370 were from China, and the authorities in Beijing have made it clear that they have deep concerns about how the Malaysians have conducted the search. Malaysian civil aviation director general Abdul Rahman told CNN his agency had not seen the images as of 6am local time Thursday.

The Malaysian authorities leading the investigation into the missing plane have added to the confusion about its last known whereabouts. At a hostile press conference military officials said the last possible recording of flight MH370 was at 2.15am on Saturday morning 200 miles north west of Penang. The authorities had initially said air traffic control lost contact at 1.20am on the east side of the peninsula. On Tuesday the head of the armed forces was reported as saying it was picked up by military radar at 2.40am – a statement he has since denied making.

The search area has been expanded still further to two areas either side of the Malaysia peninsula. The total search area now covers 27,000 square nautical miles and involves 42 ships and 39 aircraft. The investigators said they were still not sure whether the aircraft changed course and were “baffled” by why no distress signal was sent. Malaysia military chief said raw data of the radar recordings would be released to the public once it had been corroborated.

Malaysia Airlines insisted that the missing Boeing was airworthy before taking off, but declined to reveal whether it had been inspected for a known potential problem with the fuselage. In November the Federal Aviation Administration warned airlines to look out for corrosion under the skin of the Boeing 777’s fuselage related to a satellite antenna. Boeing said in a statement that the antenna covered by the safety bulletin was not installed on MH370.

The last message from the cockpit of the missing Malaysia Airlines flight was routine. “All right, good night,” was the signoff transmitted to air traffic controllers five days ago. Then the Boeing 777 vanished.

I created this video with the YouTube Video Editor ( 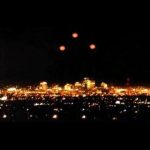 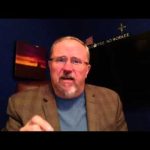 Flight 370 relative This is a cover up

New Theory Emerges on the Disappearance of Malaysia Airlines Flight 370

All your Flight 370 conspiracy theories

MH370: The Situation Room – What really happened to the missing Boeing 777 | 60 Minutes Australia