Flat Earth vs. Round Earth | Explorer

The Ancient Greeks concluded Earth was a sphere, which has been validated by scientists ever since. Despite this, there is a movement growing claiming the Earth is flat.
➡ Subscribe:
➡ Watch all clips of Explorer here:
➡ Get More Explorer:
➡ EXPLORER AIRS MONDAYS 10/9c.

About Explorer:
Explorer, the longest-running documentary series in cable television history, honored with nearly 60 Emmys and hundreds of other awards, continues as a series of major specials on the National Geographic Channel. In the course of more than two thousand films, Explorer has taken viewers to more than 120 countries, opening a window on hidden parts of the world, unlocking mysteries both ancient and modern, and investigating stories of science, nature, and culture.

About National Geographic
National Geographic is the world’s premium destination for science, exploration, and adventure. Through their world-class scientists, photographers, journalists, and filmmakers, Nat Geo gets you closer to the stories that matter and past the edge of what’s possible.

Flat Earth vs. Round Earth | Explorer 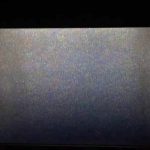 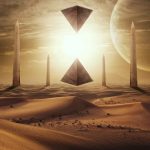