The Flat Earth conspiracy theory is debunked, in this video. It’s 2017, you should know better, sheeple. I will explain the reason why you cannot easily observe the not flat curvature on the horizon of this Earth Globe. Join me, while I burst the flat earther bubbles left and right. The Flat Earth conspiracy theory is a disease, and it must be stopped.

Today I am going to talk about the flat earth conspiracy theory.

Some people have been using the argument that the Earth must be flat, simply because they cannot observe the curvature on the horizon.

Ok, so let’s debunk this thing.

So, here we have a cube.

This cube is 2 meters tall.

From here, if we look at the horizon, you will notice that it is flat.

Indeed, it’s almost as if we are standing on something flat, righto?

But, this is from ground level.

The center of mass of this cube, is 1 meter away from the ground.

This cube is positioned, at 10600 meters from the floor.

As you can see, we can clearly spot the curvature of the world sphere.

Yes, the floor in which we were standing on, was, in fact, a spherical object with a diameter of roughly 12742 kilometers.

Sometimes, perspective gets the best of us, don’t you think so?

It is indeed, a globe.

Well well well, can you handle the true truth?

The Earth is also a globe.

Of course, the Earth is not a perfect sphere, as there is such a thing called the Polar Flattening.

Also, on Earth, you would have to be at a height of roughly 35000 feet, in order to see the curvature of the earth on the horizon, assuming there would be no clouds or horizon fog.

Yes, the atmosphere of the earth can cause many weird effects, which prevent us from observing the distant horizon with precision.

Even from the Everest, you would be unable to properly observe the curvature on the horizon.

Remember, the Everest is only 8848 meters tall, and there is a lot of fog still visible all around it.

Hell, even from the window of an airplane, it is still hard to see the curvature of the earth in the horizon, depending on the amount of atmospheric fog.

Anyway, why am I telling you this basic information, you ask?

You see, it seems like a bunch of shills have been trying way too hard, to corrupt the truth movement with this flat earth nonsense.

I believe that those people must be counter intelligence opperatives.

If you have fallen for their mind control, snap out of it.

Hey, flat boy, Do you really believe, that every single person who said that the earth is a spherical object, since ancient times, tens of thousands of years ago, has been part of a conspiracy to convince people that the earth is not flat?

Seriously, some of those people who used their brains to study their own reality were persecuted in the past, especially under the rule of the catholic church.

Now, you sheeple, keep falling for the lies of those bible thumping Flat Earthers who really want to control your reality.

This is what happens when you forget to wear your tin foil hat while watching conspiracy theory videos.

The flat earth conspiracy theories, are nothing but an overt deception attempt, by the illuminati.

I mean, the people who are spreading this stupidity, must be either jesuit illuminati shills, crazy, or just plain stupid.

Do not watch any more flat F earth videos, mkay?

This is some serious stuff.

Your IQ will be reduced by 10 points, every time you read some flat earth article.

Stop giving this flat nonsense theory any more of your time.

It must definitely be a mind control opperation, to make you lose your sense of reality.

Psychological warfare, so to speak.

From now on, know that flat earthers are most likely big Government shills.

They wants to censor the truth movement, under the label of fake news.

If you keep following this nonsense flat earth theory, you will only help discredit the true truth movement.

The only way to stop this, is to either expose the shills, or to simply stop giving this lunatic theory any thought.

A Triple Layered Tin Foil Hat, also helps protect your neurocranium, from all of this deception.

The true God of Gods, put aluminum foil on this Earth, so we may be safe from the deceptive temptations of the mind.

Make good use of it.

Remember, in this new era of the false truth movement, the standard issue tin foil hat is useless.

Triple layer it, for good measure.

Tell me what you think of the Flat Earth conspiracy theory deception.

Spread the word about the Flat Earth Shill Network.

The Shapeshifting Reptilian Jesuit Illuminati Shadow Govment Opperatives, of the Church of Truthful Lies, must not be allowed to corrupt the truth.

Should they manage to corrupt the true truth, Dark Times Are Upon Us.

May the aluminum foil protect us, from the excruciating wave of alternative facts. 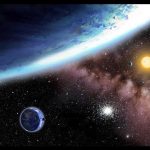 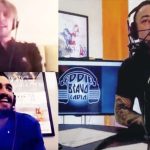