The ESSENES and the Hebrew Christians leaded by St JAMES de Just ,had CLOSE RELATIONSHIPS ,according to research of the archaeologist Robert EISENMAN .
Please read the ESSENE GOSPEL of Peace.. The phrase JESUS SAID appears many times
.How the ESSENES before the 1st century could know JESUS ?
Saint PAUL was called (nameless) or unnamed ENEMIY ,so he was more hated than JUDAs iSCARIOt .
The only possibilitiy that had St PAUL to serve JESUS was converting gentiles .
There are also four banned gospels from this community
1.The gospel of the HEBREWS or Ebionites
2.The gospel of the Egiptians or Naassens
3.The gospel of JOHN THE BAPTIST
4.The gospel of JAMES THE LESSER (son of St Joseph)
(DNA´s brother of St Jude Thadeus ,St Yóse ,and St Shimon Zealot)
All members of the Ebionites community
Jesus DNA is from St Mary VIRGINE ,by mother and by father
JUDAs iSCARIOt was the friend of St Shimon the Zealot .
So current HASIDISM or ZEALOTS ,are very similar to ancient Zealots or ESSENES..
Why the Hasidism is ,too much contrary to Christians ?
Please review the medieval history ,especially in Spain .
At ALPUJARRAS (Alicante ,Murcia and Almeria) one century after the expulsion of the muslims ,the discriminated moriscos CHRISTIANS ,tried to establishing the muslim kingdom again ,and the Pope sent against Spain the army of the Sacred Roman Germanic Empire leaded by Johan von Osterreich (NAZIS) .
The chief of this rebelion was called Eben OMEYA who was succeded by Eben Aboo (Efren Abud in Arab ,and Efrain Abiud in Hebrew) and his real name in spanish was Diego LOPEZ. ….
The few moriscos that did survive to this MASSACRE in Spain ,had lived by miracle ,praying to St Mary VIRGIN inspired in their GOSPEL of St JAMES the ELDEST son of Zebedee (and brother of St John BarZebedee the evangelist) ,found in the ,plumbium rolls in Granada (of course banned by SO) The majority of apparitions by St Mary not recognised ,had taken place in the same caves used before by ancient moriscos ,of which the most important is FATIMA .In the unpublished St MARY messages ,her most loved countries are ISRAEL and RUSSIA (orthodoxy)
And Jews ,Christians and Muslims ,are equal for her sacred heart. ,insisting in, Sabbath´s respect ,and She remembers ,the ignored prophet ELIJAH .Giving great importance to the ,despised ,SEXUAL PURITY (white garment like the Cathars), until transforming it ,into the life´s cornerstone of Virgin´s followers.
The Blessed Virgin Mary belonged to a large family, whose members were disciples mostly ..Also she Taught Jesus and James, to be good brothers.
Jesus had brothers and sisters ,that were his best friends in the games of children in their homes in Egipt or Galilee (NAZARETH), and also had uncles cousins ​​and relatives ,in Nazareth (Sephoris) ,Cana ,CARMEL ,Emmaus, ,Bethany ,JERUSALEM and Qumran.. 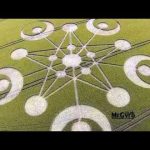 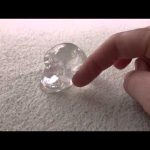